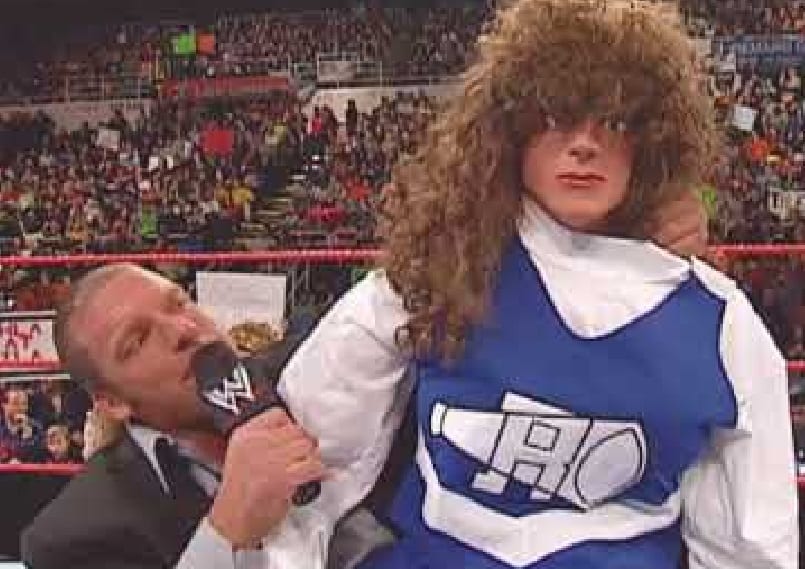 If you’re a fan of pro wrestling history then the name Katie Vick has to stick out in your mind. If you need a refresher then in a quick recap, Kane had a girlfriend named Kaie Vick and she died in a drunk driving accident and then Triple H “had relations” with her in the coffin at her funeral.

It sounds like it was incredibly screwed up but that’s what happened. It was a different time in WWE back then.

Of course, Katie Vick was a mannequin and it was all meant to be over-the-top humor but it’s a safe bet to say that kind of segment would never see the light of day in the Reality Era.

But if you’re stopping by Starrcast you can check out WresleCrap’s booth where they set up a memorial to Vick so you can pay your respects. Indie wrestler Veda Scott even helped put on Vick’s makeup which was a nice thing for her to do. It was an honor and also very bizarre.

It just goes to show that you can never underestimate pro wrestling fans. 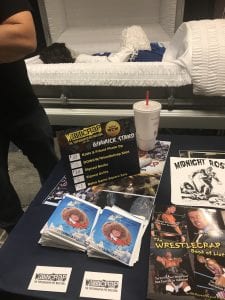