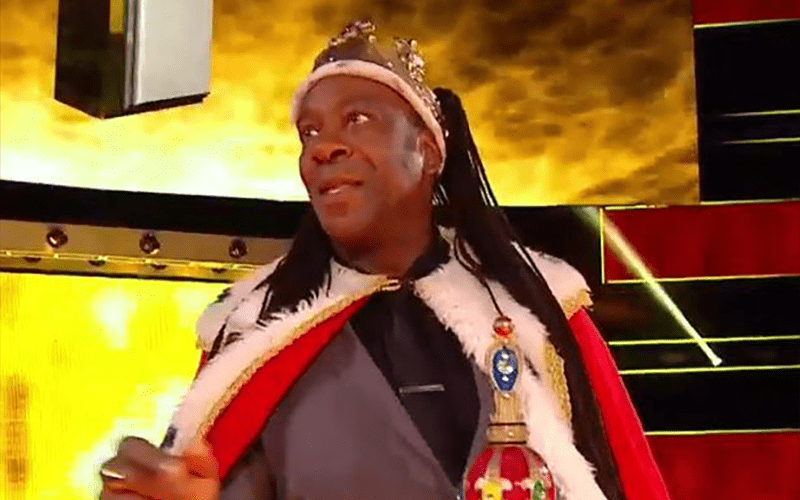 Following his appearance on SmackDown Live yesterday, Booker T was interviewed by Kayla Braxton. During the interview, Booker rated the spinaroonies by The New Day and commented on if he would ever join forces with the Champions.

Commenting first on the spinaroonies, Booker had the following to say:

“I will tell you, congratulations first and foremost. Five-time Champs. That’s a testament of these guys. [They have] true heart in this business. But as far as spinaroonies go, Kofi Kingston- he actually- that was his first time actually going out there and pulling that off. I actually worked with him a little bit on it. But Xavier… He seems like a natural. He seems like he has been watching that movie ‘Beat Street’ or something, you know? But of course, Big E, the big eater, the big heavyweight. I didn’t expect him to go out there and be able to pull off the greatest spinaroonie. In life, you know, as long as you try that’s the only thing that really counts, and he went out there and gave a good effort.”

Booker was also asked what the likelihood of ever joining forces with Big E, Kofi Kingston, and Xavier Woods would be:

“You know what? It’s like what the ‘Macho Man’ used to say back in the day. ‘Always expect the unexpected!’ Yeah, baby! Nah, you know what, man. It’s The New Day’s time. You know, Booker T- I had my time, man. I had a great run. Now I’m getting the chance to sit on the sidelines and I get to watch The New Day go out there and make history over and over and over. I’m loving it. I’m going to give those guys props, but they have my number, so they can always call the 5-time Champ Booker T.”

Would you like to see Booker in The New Day? Which spinaroonie was your favorite, excluding the obvious choice in Booker himself?