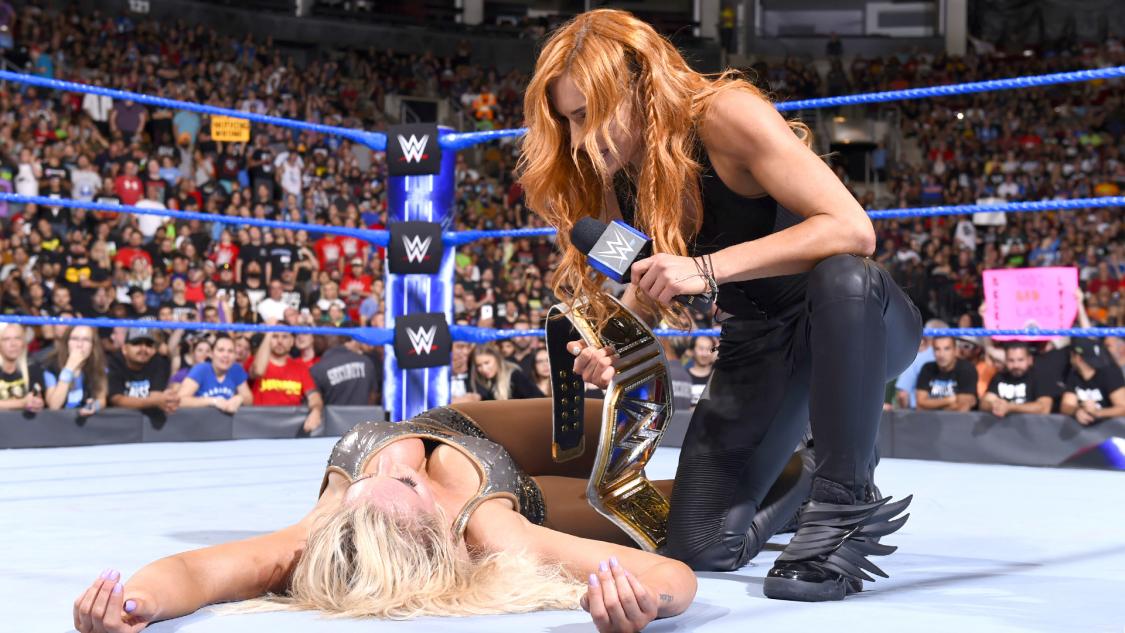 Becky Lynch turned on Charlotte Flair at SummerSlam but it didn’t get her booed like WWE might have hoped. Instead it drew the pop of the night.

Bryan Alvarez explained on Wrestling Observer Live that since everything is scripted, there’s no way WWE thought it could have gone any other way than for Lynch to get a big cheer on SmackDown Live this week.

“Look, how many time has Roman Reigns been out there for a promo and he’s getting booed out of the building? What the one thing that everytime he does it he gets a giant pop? He calls someone, I’m not sure if I can say it on the air… ‘the B-Word.'”

“He’s done it countless times and everytime he does it the crowd cheers. So there’s no way they could do a Becky Lynch storyline where she calls Charlotte that and they thought that was something that was going to get her booed.”

WWE knows what they’re doing with this angle because obviously, Lynch dropping that bomb on Flair was going to draw a good reaction. The fact that they’re booking her more like a “female Stone Cold” character on SmackDown Live might mean that they went for a heel turn and took a sharp turn into tweener status.