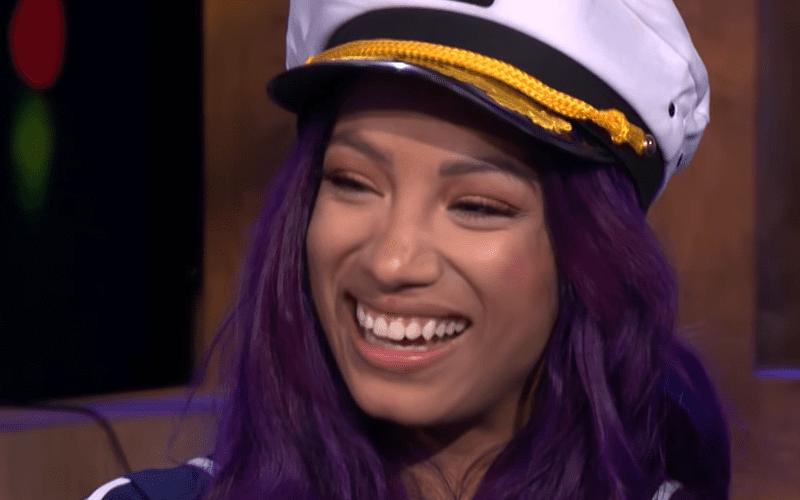 As we previously reported, RAW Superstar Sasha Banks was recently a guest on Complex Open Late where she referenced her beef with former RAW Women’s Champion Alexa Bliss. In a segment that was released earlier today from the show’s official Twitter, Banks takes on a challenge known as “The Complex 7.”

The challenge Banks is tasked with is to answer seven different questions as quickly as possible. You can watch the entire challenge in the tweet below, but we will also feature her quick answers in less detail underneath the tweet.

What is your favorite late night snack?

Who would you like to interview, living or dead?

If you had a late night show, who would be your first musical guest?

“Kendrick Lamar, he is my favorite rapper of all time”

What song is your guilty pleasure?

What was the last show you binge watched?

Who is your celebrity crush?

“It would be “Stone Cold” Steve Austin or Snoop Dogg, depending on who you ask”

If you would like to read the comments made by Banks on Bliss, you can do so here. Alternatively, Banks also gave an insight into what she thinks about RAW Women’s Champion Ronda Rousey here.

What would be your answers to this list? Where does Banks rank in terms of your favorite performers in WWE? Let us know in the comments below.