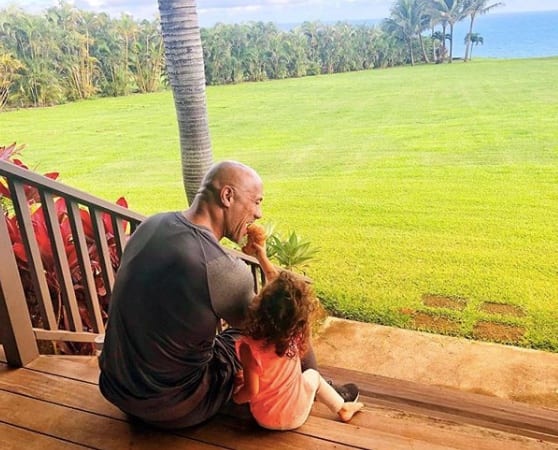 WWE legend The Rock took to social media in order to post a tribute to his daughters on Women’s Equality Day.

The Great One, aka Dwayne Johnson, is known for being a family man, and he showcased that in the following post. Johnson is familiar with having plenty of eyes on him both in real life and on Twitter/Instagram, but as the next few months go on, it seems likely that a big focus will shift onto his potential return to the ring.

With Rock being the favourite to win the 2019 Royal Rumble in January, many members of the WWE Universe are already wondering whether or not they’ll be able to spot signs and hints of his return on social media.

The former WWE Champion virtually gave away his return back in 2011 courtesy of posts on Facebook, and some are thinking that the same thing will happen again this time around.

Of course, there’s no guarantee that he’ll even entertain the idea of returning, but he certainly still has ties to the business that won’t go away overnight. If he does end up stepping back inside the squared circle, a program with his cousin Roman Reigns seems pretty likely.

Alas, while it’s exciting to ponder what he’ll do next from a wrestling perspective, we should also take some time to appreciate his qualities as a father. Dwayne is a family man at heart and we’ve always seen that, and it’s great to see him declare that fact to the world.