Roode mentions that he’s been working in the wrestling business for over 20 years now and he wouldn’t change a thing about his career in the business thus far. He notes that he first worked for WWE in 1998, as an enhancement talent in a match against Perry Saturn on an episode of Sunday Night Heat. After that he spent the next 5 or 6 years sporadically appearing at WWE live events, networking and occasionally working in dark matches.

He recalls working as an enhancement talent in a match with Chuck Palumbo one evening. He woke up the next day and wondered if he should go to Smackdown that night because he wasn’t booked in a match. He decided to go and was one of the first people at the building. He met Vince McMahon in a hallway and McMahon said he enjoyed the way he sold in the previous night’s match. 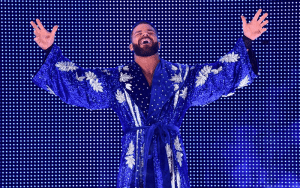 Roode was rewarded with another match that night at Smackdown but it didn’t go so well. He would continue to go to WWE tapings but from that point on there was always something that prevented him from working a match, specifically his look according to WWE Officials.

In 2004 he received a call from TNA Wrestling, who offered him a fill-in spot for a couple of tapings and he jumped at the opportunity. As it turned out those tapings went well and he was ultimately offered a contract with the company. He would resultantly spend 12 years in the company.