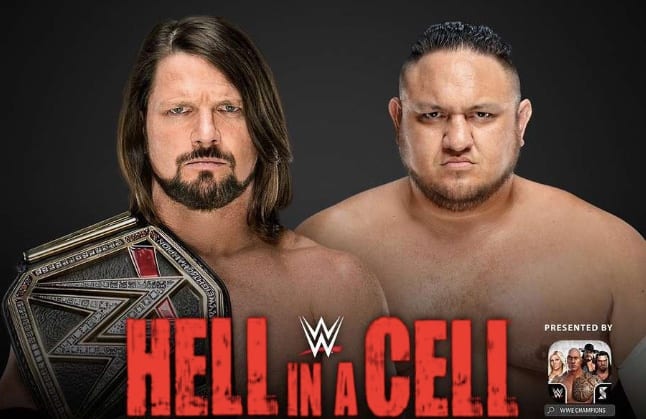 As seen on Sky Bet, the betting odds for AJ Styles vs Samoa Joe at WWE Hell in a Cell have been released.

The Samoan Submission Machine defeated The Phenomenal One by disqualification at SummerSlam, after a 20-minute war in Brooklyn. This feud, between two TNA originals, has been extremely personal with many fans already calling it better than the Shinsuke Nakamura/AJ Styles rivalry which took place earlier this year.

In terms of the odds, somewhat surprisingly, Styles is the favourite to retain the WWE Championship at 8/13. At this moment in time, Joe is the underdog at 6/5, despite the fact that many members of the WWE Universe felt as if he was the frontrunner to be the man who finally dethrones AJ.

Another man who has been linked with a possible WWE Championship run is The Miz, which could be a possible reason as to why Styles is the favourite to retain the title – as an AJ/Miz feud would likely draw more interest than Joe/Miz.

Of course, we all know that these odds could mean absolutely nothing and that they could easily fluctuate between now and the event. Still, one thing is for sure, all eyes will be on the WWE Network when these two square off after their compelling encounter at the Barclays Center.

The match hasn’t yet been officially confirmed to be taking place inside the Hell in a Cell structure, although given the personal nature of this feud with Joe involving Styles’ family, it seems like it’s a pretty safe bet that the stipulation will eventually be added.