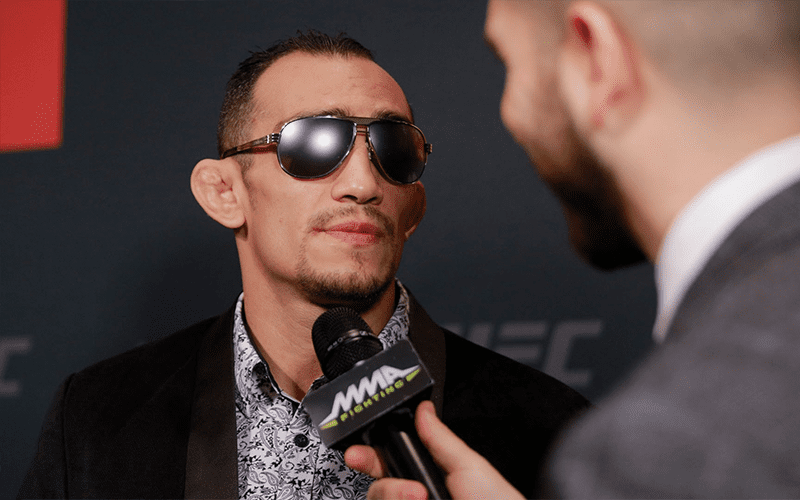 Ahead of their showdown at UFC 229, Tony Ferguson has revealed an incident that took place at UFC 181 that left him eager to fight Anthony Pettis ever since.

Ferguson, who was stripped of his UFC Interim Lightweight Championship due to injury, will face Pettis in the co-main event of the historic 229 event in Las Vegas. That event will be headlined by Khabib Nurmagomedov vs Conor McGregor, two men who Ferguson has a history with.

Alas, his focus is firmly on Pettis at this moment, and it turns out that this is a fight that has actually been in the making for quite some time.

The event in question, UFC 181, also took place in Las Vegas back in December 2014. On that card, El Cucuy defeated Abel Trujillo, whereas Pettis retained his Lightweight Championship against Gilbert Melendez.

Pettis has been through some tough times since that fight, going 3-5 after losing his title. In his last performance, though, he looked back to his best with a dominant submission victory over Michael Chiesa.

Ferguson has been recovering after his injury that ruled him out of UFC 223, which would’ve seen him compete for the Lightweight Championship against Khabib. A lot of fans felt as if Tony could’ve easily just sat out and waited for the winner of the main event, but that’s never been how he’s done business. Instead, Ferguson will put his current winning streak on the line in an attempt to solidify his position as the number one contender prior to the main event.