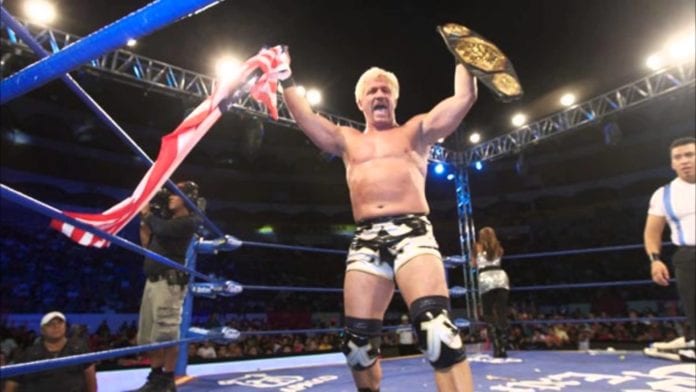 Fenix got busted open with a guitar and Jeff Jarrett rough even more heat on himself by busting him open even more. There was a lot of action in the ring and everyone got some good spots in.

There was also a spot where Brian Cage could have been injured when Double J had him in a figure 4 and Fenix did a senton onto his knees. The referee threw up the X after checking on Cage following the spot, and he didn’t do much else in the match.

In the end, Fenix was victorious in spite of Jeff Jarrett’s heel tactics with the help of Dr. Wagnor Jr. The crowd popped huge for Fenix’s win as expected.