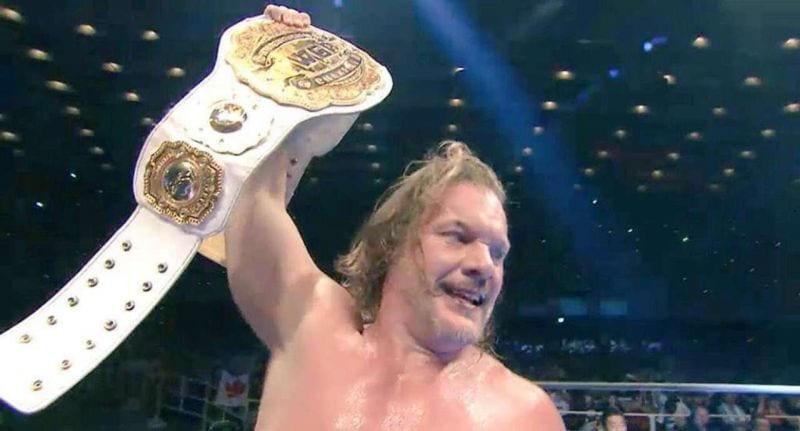 Chris Jericho is full of ideas and most of them are pretty great because Jericho has seen enough to know what’s going to work. His IWGP IC Title match against Tetsuya Naito was a pretty brutal affair, but it seems Jericho had a different idea for the match.

Jericho and Naito were sandwiched between two other great matches. They were after Will Ospreay vs Hiromu Takahashi and with the main event being Kenny Omega vs Kacuchika Okada. Y2J was on Wrestling Observer Radio where he discussed his initial idea for his match.

“People said, ‘oh it’s the deathmatch on the card,’ no don’t ever f*cking call Chris Jericho a ‘deathmatch.’ You know I’ll figure out a way. So I started watching Bruiser Brody tapes. I was like, ‘dude if we went out there and was like,’ I wanted it to be very quick.”

“Actually, my original idea was for it to be more of a Lesnar and Goldberg situation where it’s over in like 2 or 3 minutes. Then you put it together and kind of add some New Japan salt into it and I think we ended up going like 15 minutes with another 10 minutes of sh*t outside.”

Jericho explained that the show needed a match like the one he and Naito brought to even things out as a pallet cleanser.