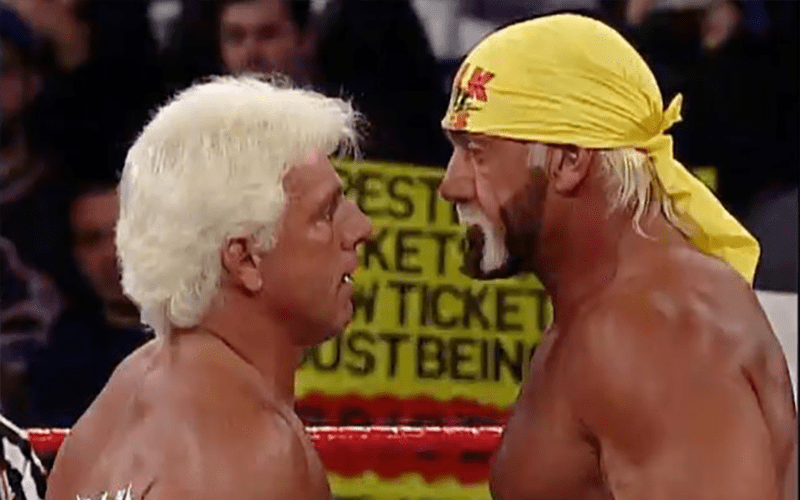 The Nature Boy spoke with Wrestle Inc about his lengthy relationship with Hulk Hogan and how after years of rumored WCW controversy ,that he and the Immortal One were on very good terms. Most notable is how ecstatic Flair is that his old friend has finally returned to the WWE before commending the Hulkster for being one of the first people to visit him when he was deathly ill.

I’m very happy to see him back. I don’t pretend to understand any of that. I’ve heard so many different sides of the story and all that.

I think that anyone who portrays him as anything less than a good person that has done an excellent job, I mean he’s been through a lot — just think about it. His wife was terrible during the divorce and then there was the accident with [Hogan’s] son and then this.

“I mean, he’s had to go through a lot and the thing is great about Hulk is that he’s still the most expensive guy to get out there to sign autographs. He’s still Hulk Hogan, they can do whatever they want. If you want Hulk Hogan, you gotta have a big wallet, that’s the way it is.

People keep asking me, the rub was me and Bischoff. It wasn’t me and Hogan. I mean at the end of the day, Hogan was the second person to come see me in the hospital. I don’t know, but he got in a Leer Jet and flew up here I mean, we’ve always been friends.