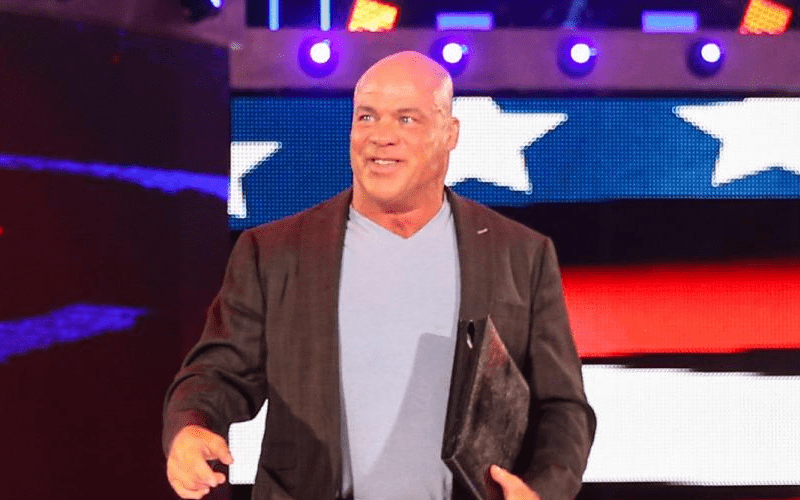 Kurt Angle is still the Raw GM, but Stephanie McMahon sent him on a vacation on the Raw after SummerSlam. Now it looks like there could be some more clarification about WWE’s plans for Angle

The rumors have been swirling that Angle could be brought back as a full-time wrestler upon his return. But that might not be the case. A lot of things play into this including the wear and tear on his body and his age.

Wrestle Votes reports that his sources claim it isn’t true that WWE plans on turning Angle into a “full-time” wrestler once again. It is said that it could be extremely unlikely to imagine Angle working 4 nights a week which is what is required of full-time Superstars.

Only time will tell what goes down, but if Angle does return as a wrestler he’s not likely going to be wrestling as often as he did for WWE a decade ago.

I do see the “reports” that Kurt Angle was removed from the GM role because WWE has cleared him as a full time wrestler. Source says that’s not true. Angle isn’t going to be considered “full time”. I’d be shocked to see him working 4 nights a week including house shows. Unlikely.