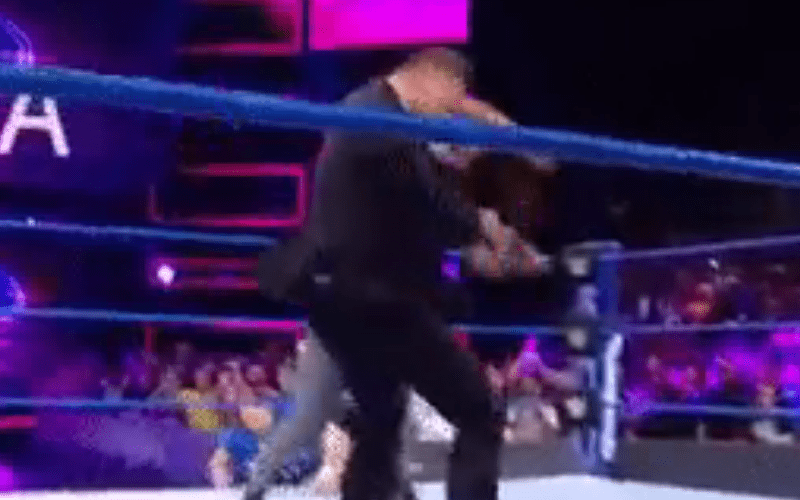 The Miz opened up SmackDown Live to rub everyone’s faces in the fact he won at SummerSlam. Then he said he was retired from Daniel Bryan.

Bryan came down and called The Miz a coward and then The A-Lister called Bryan, “Daniel Bella.” Then Brie Bella ran down and punched The Miz in the face as Maryse ran away.

Daniel Bryan then announced he had just spoken to SmackDown GM Paige and they have a match at Money In The Bank and it’s gonna be a mixed tag match!

So Daniel Bryan and Brie Bella vs The Miz and Maryse is going to happen much sooner than anyone expected.