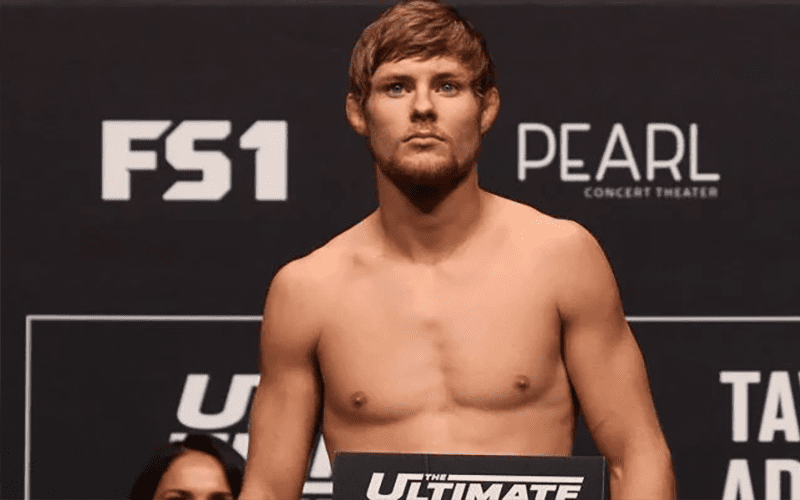 Well this is a strange one.

The undefeated featherweight Bryan Mitchell posted on Twitter about an injury he sustained while working with a drill, and it’s not the easiest story to take in. Suffice to say, Mitchell will most likely be sitting on the sidelines for a while.

Mitchell was a member of Team Cormier during the most recent Ultimate Fighter 27 competition, where he battled through to the semifinals. The Arkansas native won his UFC debut against Tyler Diamond in the finale of TUF 27 back in July. No word yet on exactly how long Bryce will be out as this is a very uncommon incident. If Mitchell’s explanation wasn’t enough, he added pictures of the under garments he was wearing as well. WARNING. GRAPHIC IMAGES BELOW.

We wish Bryce a speedy recovery.