Even while working at MMA Fighting and hosting the MMA Hour, Helwani has always been particular about how his studio is set up. The photos capturing iconic moments in the sport, fighter figurines and bobbleheads are often as big a part of his show as the fantastic interviews that he conducts.

As such, Helwani’s studio will be showcasing an important addition to his collection next week of an incredibly realistic Conor McGregor figurine.

Helwani, who received it from his friend Robert Aaron S, put out a tweet with a picture of the figurine that you can see below. 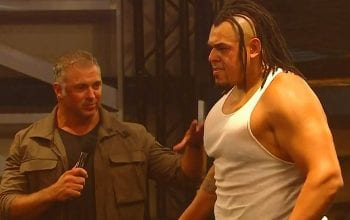