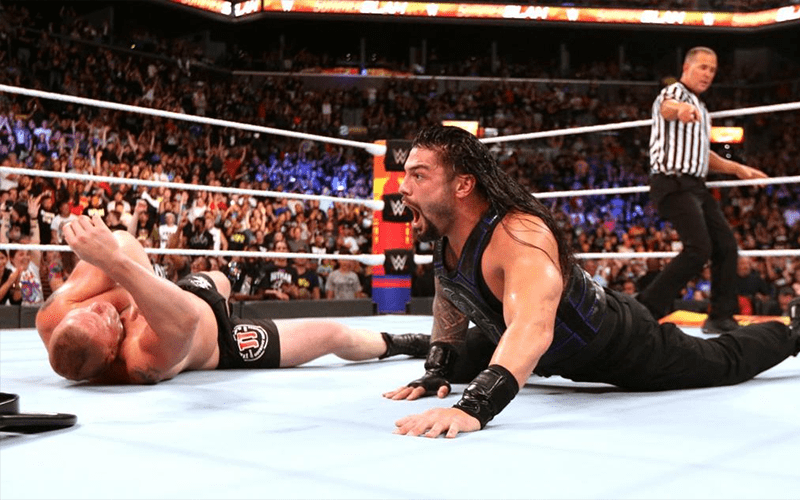 Vince McMahon apparently made a mid-match call in the main event match between Roman Reigns and Braun Strowman at Sunday’s SummerSlam event.

Joe Peisich from Barnburner’s Fired Up podcast mentioned that the match was originally planned to go much longer but Vince made the call to end the match early in fear that fans may start booing Roman again.

“I have heard that Vince McMahon change the script middle of the match. That wasn’t the supposed ending. He cut it off because he thought this is the way people were not totally really really 100 percent booing Roman Reigns, so he said cut it off now.”

“I was told the event itself was supposed to go until 11:28 and it finished off at 11:05. They cut it off 20 minutes earlier than was expected.”

In regards to Roman winning the bout, this has been the plan all along and we are told that there were never any other plans aside from Roman leaving SummerSlam as Universal Champion.