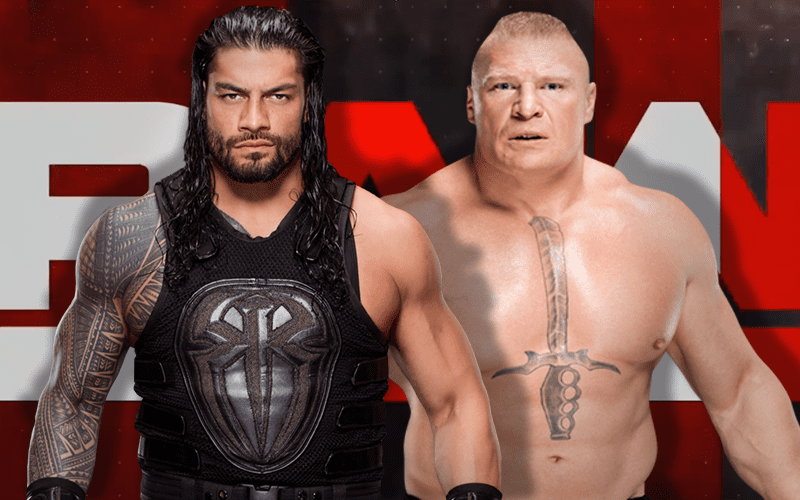 You never know what can happen in WWE, but when certain people are in the building or booked on a show, it can be easy to put 2 and 2 together.

Bryan Alvarez noted on Wrestling Observer Live that Brock Lesnar is still in NYC so he’ll be in the building for Raw tonight. Let’s just see if he’ll get another legit chance to earn the Universal Title once again.

“Brock Lesnar’s scheduled for the show so for all I know, I don’t know this. But it would make sense to do Roman Reigns vs Brock Lesnar free on television tonight. Roman Reigns getting another big win over Brock and it’s Brock’s final appearance unless he signs another deal. We shall see what they do tonight.”

Only time will tell, but Lesnar’s Universal Title is gone and most champions get a rematch clause. After all, Roman Reigns got 3 remates for the Universal Title as a challenger, so it would make sense for Lesnar to get one more shot at the title that he held forever.