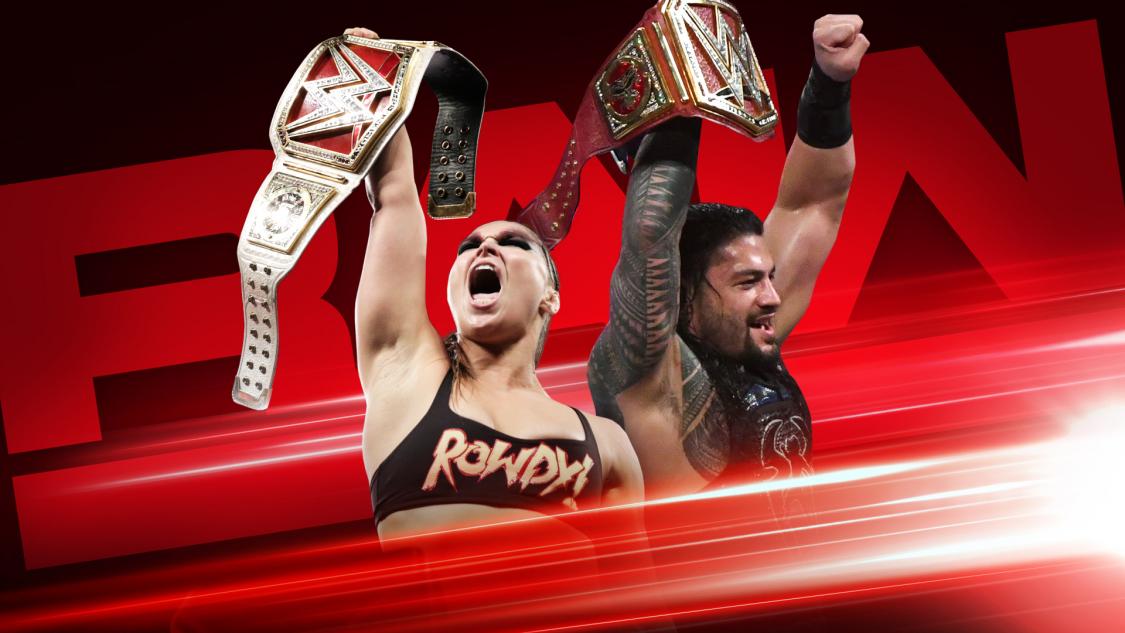 WWE heads to Brooklyn for tonight’s episode of RAW. Below are the focus points for the show.

Who is coming for Universal Champion Roman Reigns?
At SummerSlam, The Big Dog finally bested The Beast to once again lay claim to the Universal Championship, but when he returns to his yard tonight, who will be waiting to try and take it from him?

Although Brock Lesnar is known for his frequent absences from the red brand, it is reasonable to assume that The Conqueror will set his sights on Reigns sooner or later. In addition, after making his presence known last night in SummerSlam’s main event, Braun Strowman could very well make good on his promise to cash in his Money in the Bank contract.

Will Rousey’s title reign begin in a state of Bliss?
Ronda Rousey added to her already incredible legacy by making Alexa Bliss tap out in dominant fashion, claiming the Raw Women’s Championship last night at SummerSlam. How will the landscape on Raw change with The Baddest Woman on the Planet at the top of the mountain? And will The Goddess of WWE dare to come back in search of her sixth Women’s Championship?

Will Rollins’ victory mean the end for Ziggler & McIntyre?
Of course, another Raw Superstar also returned to glory at Sunday night’s pay-per-view, as Dean Ambrose completely neutralized Drew McIntyre and paved the way for Seth Rollins to regain the Intercontinental Championship from Dolph Ziggler.

With the title now back around Rollins’ waist and his brother-at-arms watching his back, The Architect seems virtually unstoppable as the workhorse champion. Can Ziggler maintain his alliance with the Sinister Scotsman without a championship?

Who can stop the B-Team?
The B-Team’s magical run as Raw Tag Team Champions continued when they bested The Revival on the SummerSlam Kickoff last night. Who will be the next team to try and end Curtis Axel & Bo Dallas’ Cinderella story?

What fallout will occur after The Demon’s reemergence?
In a shocking SummerSlam moment, Finn Bálor resurrected The Demon last night to overcome Constable Baron Corbin. Will Finn face retribution from Raw’s Constable? And if Corbin strikes back, is it only a matter of time before we again see The Demon?

Check back here at 8PM ET for our live play-by-play coverage of RAW.