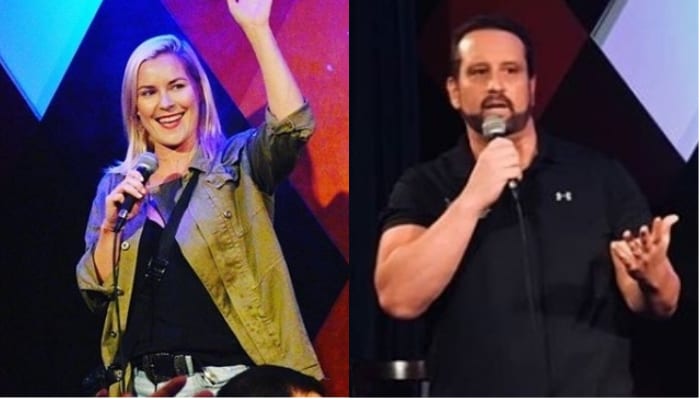 Dolph Ziggler is not only the current IC Champion, but he is also a pretty good stand up comedian too. Just like wrestling, comedy is a lot of work and it takes a ton of time to get a joke just right. Ziggler has been putting in his reps for quite some time now and he recently performed at NYC’s Caroline’s Comedy Club before SummerSlam.

Ziggler also had a couple very special guests come along as well and do some time on stage. Both Renee Young and Tommy Dreamer have commented about how much fun it was to perform in front of a packed Carolines, which is a world-famous comedy club in its own right.

SummerSlam is right around the corner, but it looks like the fun is just beginning in NYC for all of the pro wrestlers and personalities who are flocking to the Big Apple.

Tye Dillinger was also in attendance as he thanked Tyler Breeze for allowing him to share the stage with him. It looked like a great night of comedy in Caroline’s.

Well that was fun!!! Thanks for everyone that came out to @heelziggler and friends! What. A. Time. We. Had. And now I’ll go to sleep 😴 @carolinesonbway