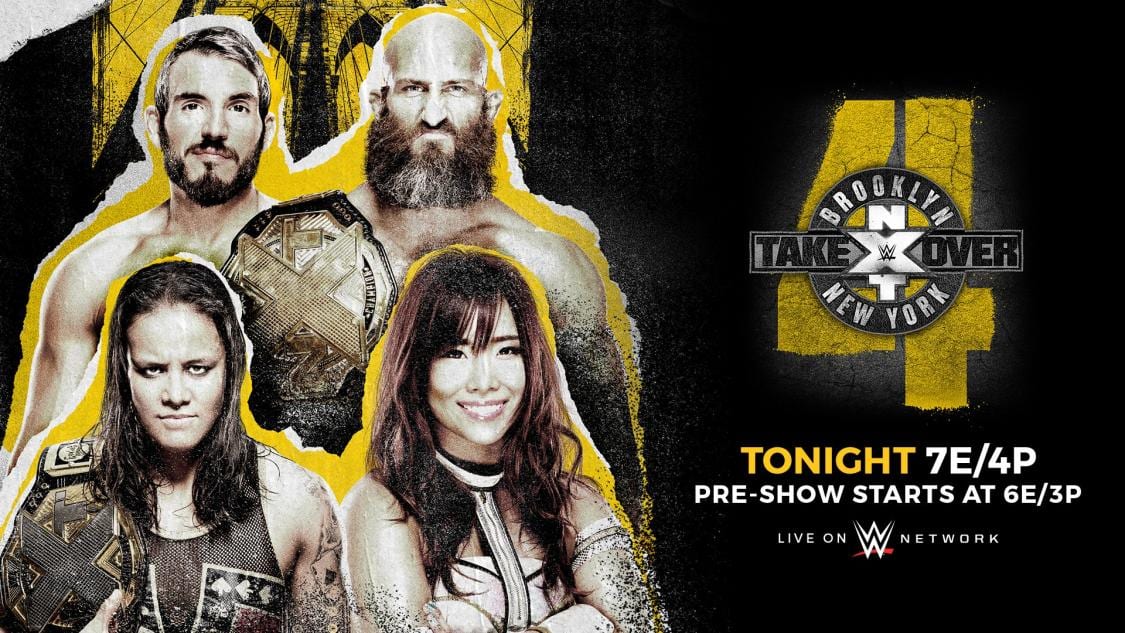 The main event tonight is the highly anticipated Last Man Standing match for the NXT Championship between Tommaso Ciampa and Johnny Gargano. The year-and-a-half long rivalry will culminate tonight when the two former partners beat the life out of each other. Hyperbole in mind, this feud may very well be the best thing WWE has done in over a decade. There’s just no overstating how incredible this rivalry has been in every way, not to mention it’s somehow stayed so fresh despite the length of the feud. It’s a testament to both NXT management and the two men involved. Expect fireworks tonight and a long, emotional finale to the best feud on WWE TV.

While all of the attention is on the main event, tonight’s TakeOver also features some other incredible bouts. Adam Cole will face Ricochet for the North American Championship in a match that could very well steal the show. Cole’s cronies however, The Undisputed Era, will face Moustache Mountain for the NXT Tag Team Championship’s. The Undisputed Era could walk-out of NXT with a lot of gold, or none at all! The stakes are high!

We also have Kairi Sane facing Shayna Baszler for the NXT Women’s Championship Match. Sane has already beaten Baszler, the only person to do-so in WWE, and if she does it again tonight she will win the title in the process! The final match at tonight’s TakeOver sees EC3 face The Velveteen Dream in the encounter of the ego’s. This is a strangely compelling feud between two pseudo-heels but it should make for a fun match! Remember to follow us on Instagram, download the Ringside News app, and enjoy the show!