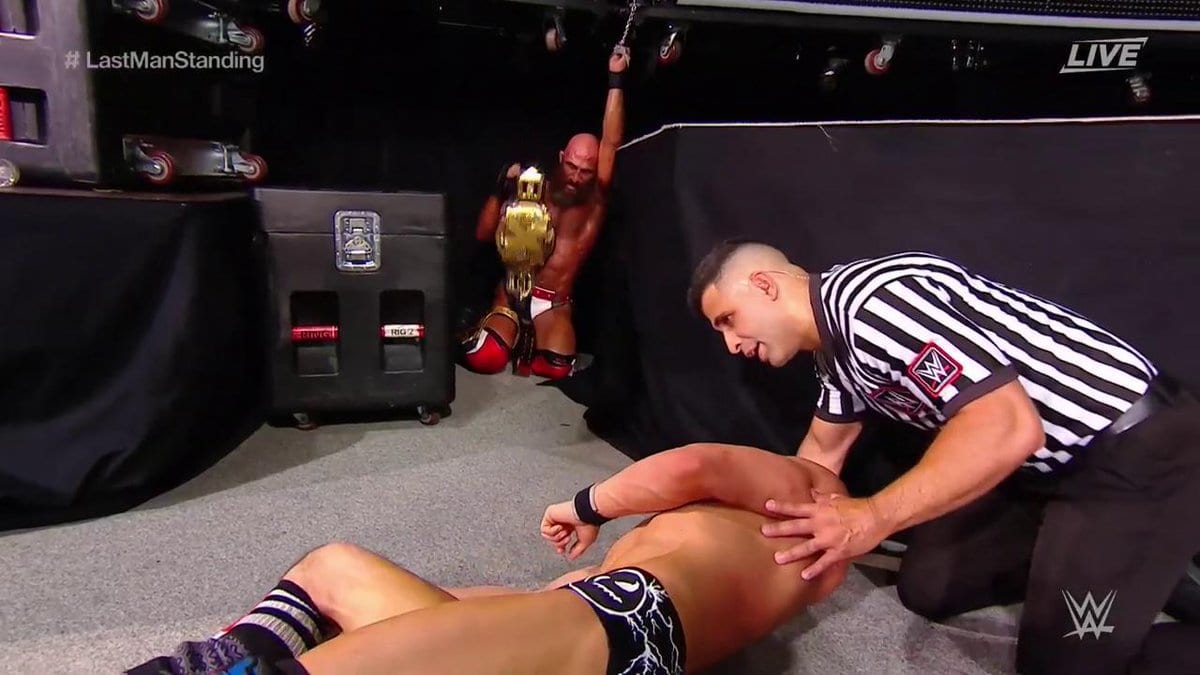 Johnny Gargano and Tommaso Ciampa tore things up in their last man standing match at the end of NXT TakeOver: Brooklyn IV. The 2 have headlined their share of TakeOvers before so they had a lot to live up to.

During the final segment of the match, Gargano removed his kneepad and nailed Ciampa, but also smashed his knee against a piece of production equipment in the process. The word going around is that Gargano is legit injured which is not a good sign at all.

Word is he might have dislocated his knee, but there is no official word from doctors yet. We will keep you updated on this story as it develops.