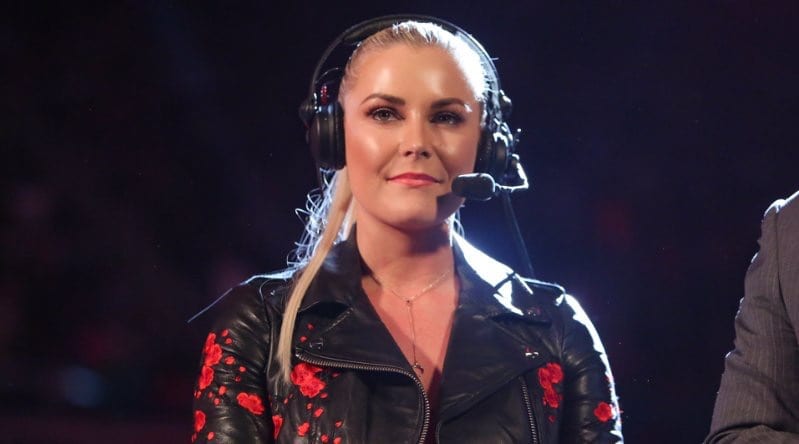 Renee Young made history this week on Raw when she became the first female to ever commentate an entire episode of the longest running episodic television show in history.

Vince McMahon was backstage helping her out on the headset and that is sometimes not a very easy position to be in, especially for someone who isn’t used to the job.

“Congratulations to Renee Young on a very successful night on Raw commentary!” Vince tweeted out. The fact he is doing this a few days late could mean he’s reflected on the events and approves even more about the idea now. It is also very positive how he said she had a “very successful” night as well.

Only time will tell if Renee Youg keeps up at it and continues to appear on Raw in a commentary role, but she’s certainly game for it and one the right track with Mr. McMahon’s approval.

Congratulations to @ReneeYoungWWE on a very successful night on #Raw commentary! pic.twitter.com/dCeuheE4ae