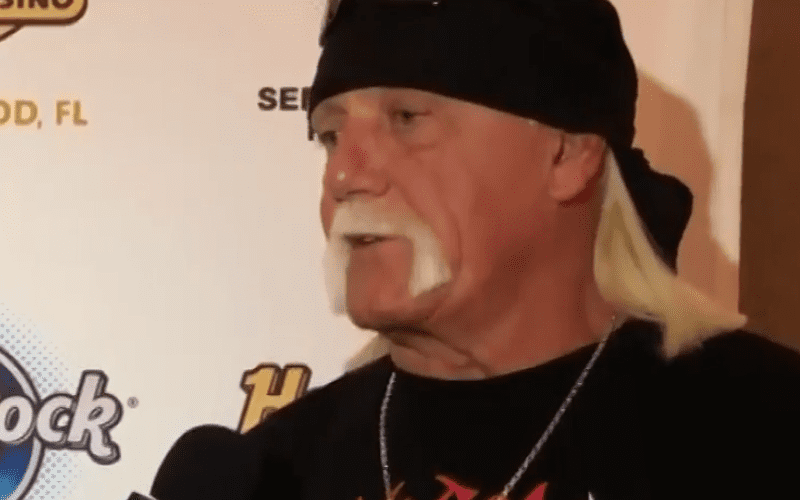 The Immortal One may have some secret n.W.o project going on, but that isn’t stopping his apology tour from constantly snagging headlines.

Hogan appeared on the Apter Chat podcast where he and longtime wrestling reporter/photographer Bill Apter break down his return to the WWE and the ramifications of his actions. At one point they discussed the infamous rumor that Hogan told talent backstage that they should be careful of what they say or do because they might be getting recorded. Hogan denied.

Regardless, it’s clear that a strong portion of the wrestling universe has decided to let the Hulkster back into their lives with open arms. Hogan however, had a message for the few who still refuse to forgive him.

I just hope the brotherhood can get back to the way it was. Outside the ring, you’re supposed to protect your brother. In this case, it’s a situation where 75, 80, 90 percent of the wrestlers are protecting me and they’re giving me another chance to move forward. There’s just a few wrestlers that don’t understand the bond and the brotherhood of wrestling. If someone makes a mistake, you need to forgive them and move on and try to let them prove themselves.

Is Hogan right? Is the brotherhood of wrestling a bond that should never be broken? Or is Hogan still not understanding that some bonds have to be earned?