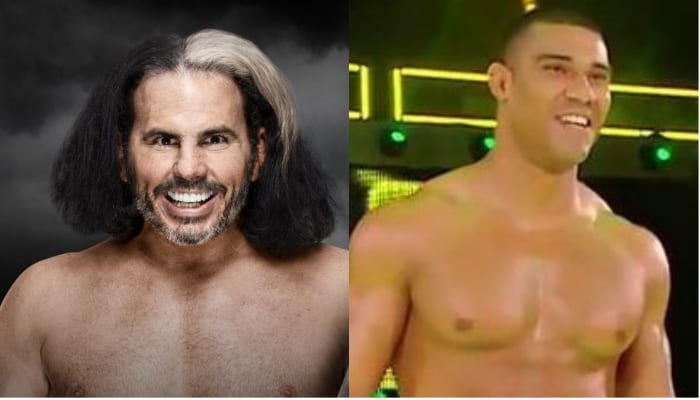 Matt Hardy is injured due to all of the years he put wear and tear on his body. He recently dropped the Raw Tag Team Titles that he held with Bray Wyatt and then he bid him farewell on social media after a barnburner of a match against The Revival and the B-Team.

Now there is talk that Hardy could transition his mind for the pro wrestling business into a backstage role in WWE.

The Wrestling Observer Newsletter noted that Hardy is injured and will take time off due to his injuries where his tailbone is fusing with his spine. There is currently talk backstage of him shadowing the producers to “learn the ropes” as well which is a great sign that he could be on his way to another role in a second career in the pro wrestling business.

Hardy will be evaluated for his injuries and receive treatment in the meantime. At that time a decision will be made about whether or not he’s cleared for action and what kind of dates he’ll be able to work.

It was also noted that Jason Jordan is getting this same treatment right now as because he had issues with his neck surgery. Apparently, it didn’t heal the way it should have or for whatever reason, he can’t wrestle. Therefore, he is also learning the ropes backstage.