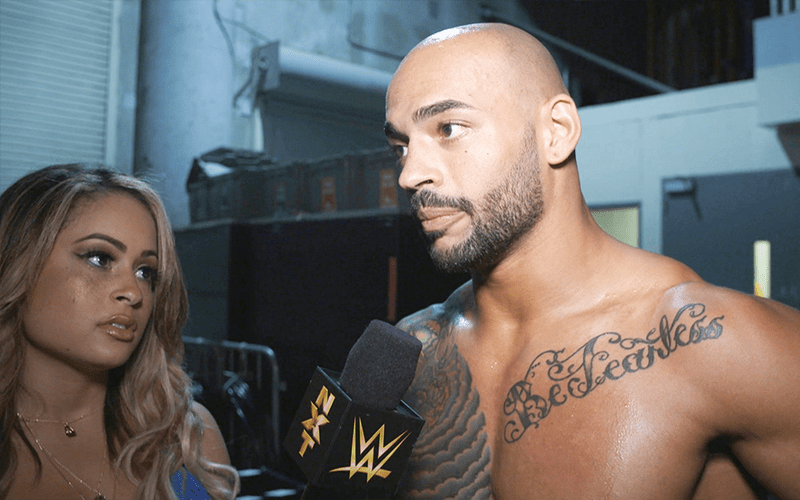 The One and Only recently spoke with TV Insider’s Scott Fisherman about the upcoming NXT Takeover event in Brooklyn, and his showdown for the North American Championship against Adam Cole. The duo covered a multitude of topics, which includes Ricochet talking about his exchange with The Rock on Twitter, dealing with an arm injury, and how grateful he is that he still gets to use his real name.

It was cool because the last 15 years of my life has been about trying to build up a name. When I got to WWE, there was some rumblings about changing it. I was okay with that because it has worked in the past, and I had a few choices lined up. But when they said I was able to keep it, it meant the world to me because it was definitely a name I put my blood, sweat and tears in building. I built my own name. All the hard work built up to this.

I don’t know how much of a fan he is or not. I’m going to take it and run with it because he is a favorite wrestler. It means out of this world.

Preparing for Brooklyn despite an arm injury

I feel good. I have been training pretty hard all week. I’m excited. I haven’t done a Brooklyn show before. This is kind of an anniversary for Adam. We are confident we will go in there and tear it down. That is what it’s all about.

Check out the full interview with the high-flier here.