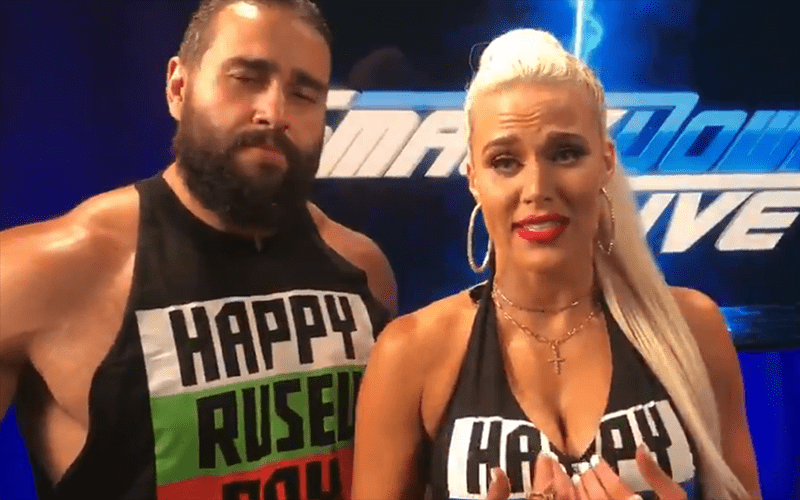 The feud between the team of Rusev and Lana against Andrade “Cien” Almas and Zelina Vega has been quite interesting. The two teams have also got themselves a mixed-tag match at SummerSlam and the tension is high between them.

The two teams cut vicious promos against each other on this week’s SmackDown LIVE but the war of words continued even after the show went off the air. Rusev and Lana had some interesting things to say about their opponents come Sunday after SmackDown went off-air.

The couple said that even though Andrade has built quite a remarkable resume in his career, Zelina hasn’t done anything at all that could be appreciated.

Rusev said that Vega is just around to make Andrade look taller. Lana said that she speaks a lot of languages but unlike Zelina, she doesn’t speak in “small barking dog”.

Take a look at these vicious jabs from Rusev and Lana: