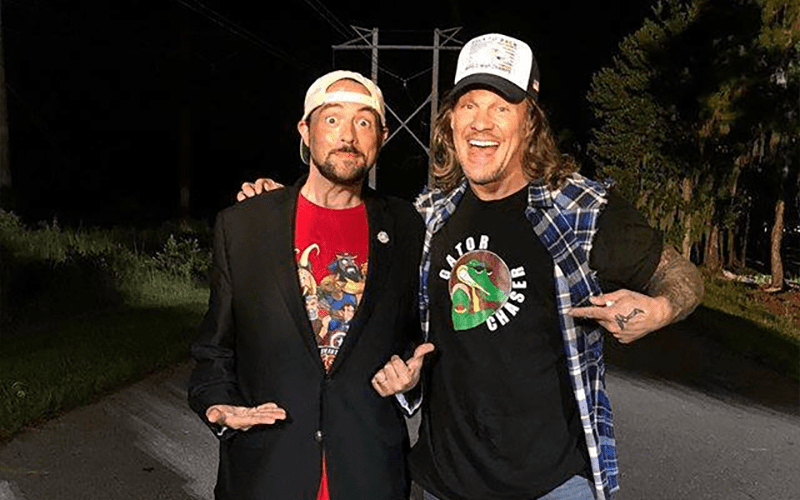 Kevin Smith’s movies range all types of genre and he’s worked with plenty of huge names in Hollywood, but now Smith is getting a chance to work with Chris Jericho called “Killroy Was Here.”

Smith spoke to Bloody Disgusting about what it was like to work with Y2J on the set of his new horror film as Jericho is set to play “a nasty ass South Florida streamer.”

You never know what you’ll get when Kevin Smith is around, and that goes double if you throw Chris Jericho into the picture. Smith wrote on Facebook about how game Jericho was to get the job done during his latest indie film, no matter what was asked for him to do.

“Over the course of the three trips to Sarasota, we’ve been making a modern-day Creepshow kinda flick with 70% of the crew being students so filled with raw talent, their pure passion for film and ability to find fixes to production problems makes up for any deficit of experience.”

“Every crew member wears multiple hats on a low budget film — so last night when Chris Jericho got to set, I asked the master podcaster and WWE icon to not only act but also operate the camera for himself in his scene as well!  When presented with this info, did the Fozzy frontman show trepidation? No way: homey goes with the flow and not only CRUSHES his character and dialogue but shoots a damn spooky scene as well!”

So it looks like when you call Y2J for your next film, or any other project for that matter, you can always count on him going above and beyond the usual job requirements.