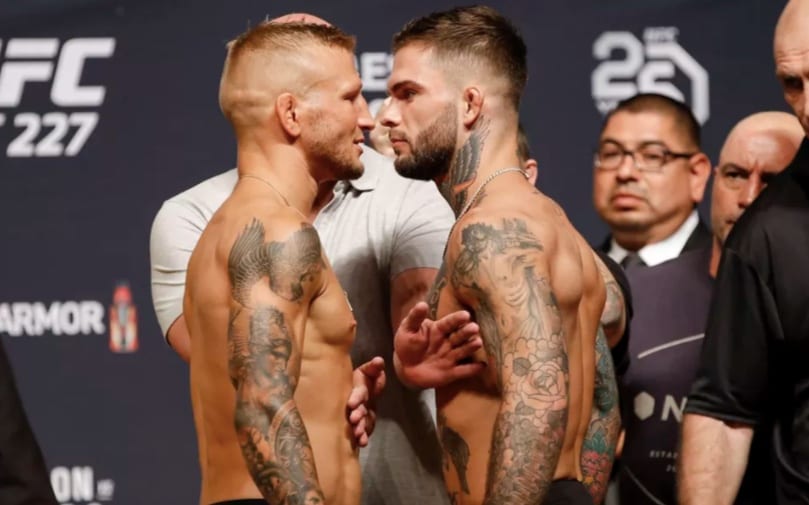 As reported by MMA Fighting, the UFC 227 estimate buy rates are in – and it looks much more positive than most people were anticipating.

The event in Los Angeles, which was headlined by TJ Dillashaw vs Cody Garbrandt for the UFC Bantamweight Championship, reportedly drew around 300,000 buys. While that may not seem like a particularly incredible figure it’s certainly above the expectations that were set by many different pundits, and in the current landscape, 300,000 should be considered a pretty big success.

Dillashaw & Garbrandt’s rivalry dates all the way back to UFC 207 when the two men won on the same main card, before eventually squaring off 11 months later at UFC 217. Dillashaw won that fight via second-round knockout, which began the long wait for the rematch which TJ was able to win once again.

This figure would be around the same as the one from UFC 223, which was considered to be one of the craziest fight weeks of all-time courtesy of the Conor McGregor incident.

As we look ahead to the future it seems as if TJ Dillashaw certainly has some leverage with the Ultimate Fighting Championship now, especially when you consider his recent interactions with rising boxing sensation Gervonta Davis on social media. There are a series of options that would likely do good numbers for the man they call ‘Killashaw’ with Marlon Moraes, Dominick Cruz and Raphael Assuncao being viewed as potential opponents.

Demetrious Johnson vs Henry Cejudo was also a major title fight that went down at the Staples Center, but the primary reason for the successful number is believed to be the main event.