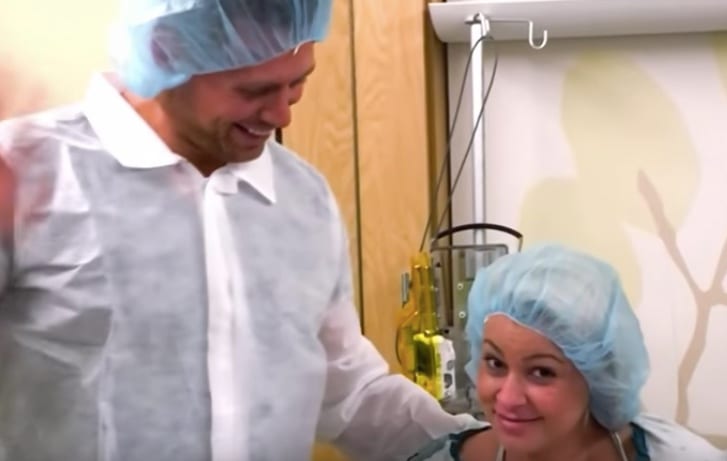 The company has never been shy when it comes to sharing these kinds of intimate moments with fans, but it does make you question the lengths that they’ll go to in order to involve the WWE Universe in these reality television shows of theirs. These images have drawn comparisons to when Brie Bella gave birth to Birdie on the season finale of Total Bellas.

The irony in that, of course, is that Miz & Bryan will be squaring off at SummerSlam this weekend in a match that has been dubbed ‘eight years in the making’ by many fans.

This footage is, of course, being used as a way to promote the Miz & Mrs show, which has experienced declining ratings over the course of the last few weeks. Despite that, it is still great to see this couple going through one of life’s great experiences together, although some have argued that the reality TV nature of the show causes some confusion amongst casual fans regarding whether or not they should cheer or boo The Awesome One.

It’s widely expected that the winner of Miz vs Bryan at SummerSlam could go on to challenge for the WWE Championship in the next few months, with some believing that this is merely the latest chapter in their story – with the final instalment coming next year at WrestleMania 35.

You can catch episode four of Miz & Mrs tomorrow night on the USA Network.