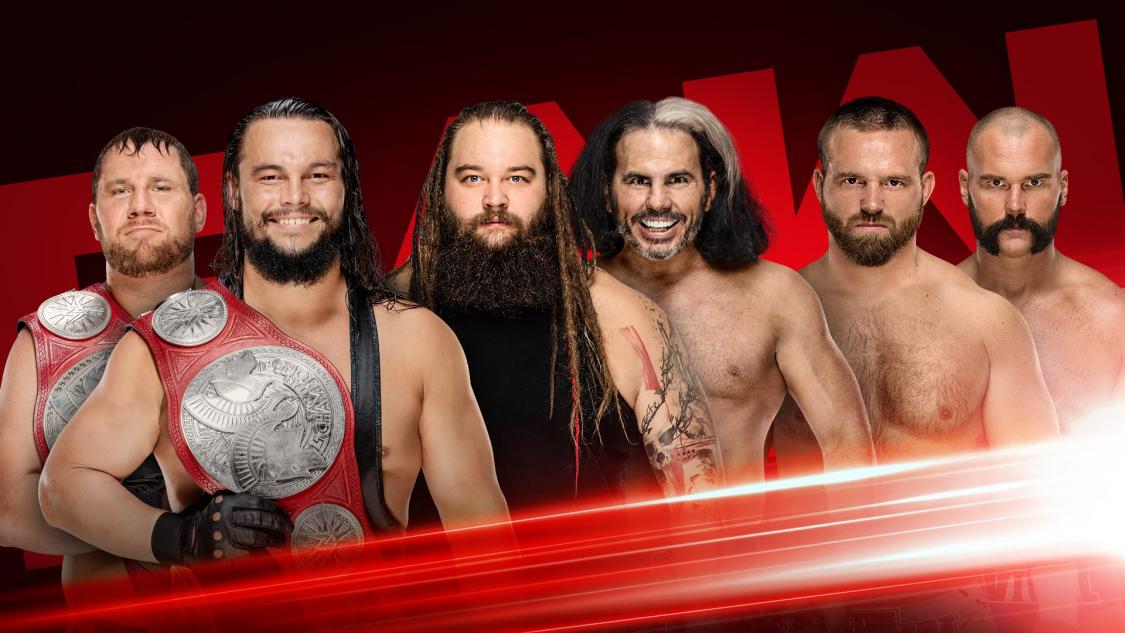 Welcome to the go-home edition of Monday Night Raw, less than a week away from WWE SummerSlam!

Tonight’s huge show features a Triple Threat Tag Team Championship match, with The B-Team defending against The Revival and The Deleters of Worlds. The odds seem very stacked against The B-Team in this match but with so many combustible elements, I wouldn’t be surprised if we ended in a no contest and had a rematch at SummerSlam. These teams deserve to feature on the grand stage of SummerSlam, and I’d be surprised if they were nowhere to be seen.

Seth Rollins and Dolph Ziggler will sign the contract tonight, which pits them against each other at SummerSlam. Naturally, we can expect things to get explosive in the ring, once the signings have been completed, especially if Drew McIntyre is by Ziggler’s side. This has been one of the few great feuds on Raw in the past four months, and tonight should mark a great final chapter ahead of the showdown on Sunday.

Elsewhere tonight, WWE is teasing more Paul Heyman, after his incredible sit-down interview with Renee Young last week. In said interview, Heyman left us hanging by saying there was something Reigns could do to beat Lesnar but refused to say what it was. Was he going to say cheat? Turn heel? Side with Heyman himself? We’re left wondering but I doubt we’ll get any answers tonight.

There’s also the continued conflict between Braun Strowman and Kevin Owens, Ronda Rousey still chasing Alexa Bliss, and Finn Balor constantly locking horns with Constable Corbin, all of which will be cushioned by the voice of Renee Young. Everybody’s favourite host/announcer, Young takes the reigns of Monday Night Raw’s commentary team alongside Michael Cole and Corey Graves in a groundbreaking moment. The announcement of Young on commentary has been met with universal praise, and here’s hoping it’s not a one-off but a permanent gig. Remember to download the Ringside News app, follow us on Instagram, and enjoy the show!