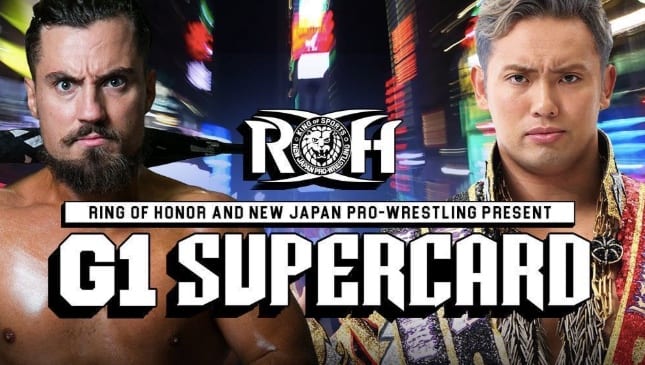 As reported by PWInsider and Nick Jackson of The Young Bucks, Ring of Honor and New Japan Pro Wrestling’s G1 Supercard show has officially sold out Madison Square Garden.

This is a historic moment in the history of professional wrestling, as ROH & NJPW prepare to put on one of the biggest shows of the year just twenty-four hours prior to WrestleMania 35. Since the announcement of the show many fans have wondered whether or not the two promotions were capable of selling out such a big arena, and now, they have their answer.

The event is set to feature some of the biggest names outside of WWE including Kazuchika Okada, The Young Bucks, Cody and many more.

Congrats to @ringofhonor @njpw1972 for selling out the Garden! Wrestling is pretty hot right now would you agree?

The rise of independent wrestling has been building to this kind of point, with this card being the second non-WWE North American show of the year, after All In, to sell more than 10,000 tickets.

This news will hurt WWE in more ways than one, with some suggesting that they haven’t been able to sell out The Garden in years. On top of that, though, it was revealed earlier this year that WWE had attempted to block ROH & NJPW from running the show, probably to try and protect the impending NXT Takeover event which will happen on the same night.

There are still more tickets to be released and there could always be some ticket scalps involved but for the most part, everyone involved with making this happen can sit back and bask in the glory of what they’ve been able to achieve.