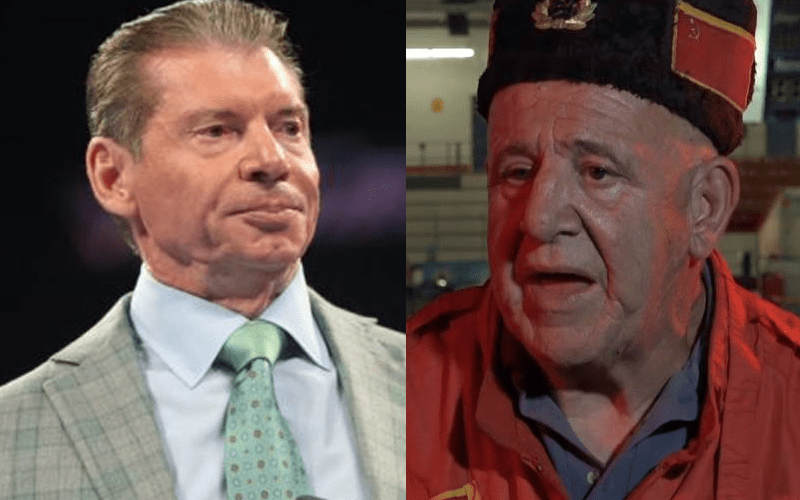 Before passing away back on July 29, WWE Hall of Famer Nikolai Volkoff had the opportunity to speak with Go Pro Wrestling back in May, in what many believe to have been the final interview conducted with the legendary Superstar.

It had been a long time since Volkoff stepped in a wrestling ring, but the legend still holds the belief that Vince McMahon’s vision led to the perception of the wrestling industry today.

“Everything’s changed, nothing’s stayed the same. Wrestling had to change the way people change because if you don’t change with the people then you’re missing something. Vince McMahon is a very intelligent man and he knows what to do that’s why he’s doing so good.”

Over the past couple of years as Rusev has risen to prominence in WWE. In fact, the “Bulgarian Brute” challenged for the WWE Championship at Extreme Rules for the first time. With Lana by his side, fans have made comparisons between Volkoff and Rusev.

Back during RAW in September of 2014, Rusev actually got the nod of approval from Volkoff during a backstage segment. In his final interview, Volkoff touched on what he truly he thinks of the couple, without the WWE umbrella over him.

“Rusev and Lana, they’re good people. Rusev is a good athlete and Lana is a beautiful lady. They’re a good couple and I wish them all the best, they’re very beautiful people. They even speak Russian.”

Do you believe Rusev or Lana will be a prominent Champion in the coming years? What is your most beloved Volkoff memory? Sound off in the comments below.