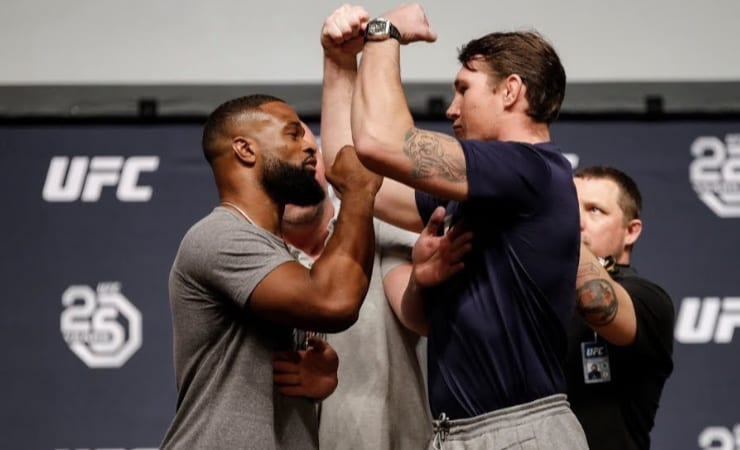 As seen on Sky Bet, the early betting odds for Tyron Woodley vs Darren Till at UFC 228 have been released.

Woodley & Till are set to throw down in Dallas, Texas for the UFC Welterweight Championship, as many fans prepare themselves for what is sure to be one of the most intriguing fights in that weight class in quite some time. Woodley has held the title ever since July 2016 when he knocked out former champion Robbie Lawler, and since then, he’s been slowly building his resume with two successful defences over Stephen ‘Wonderboy’ Thompson and one against Demian Maia.

Till, on the other hand, has experienced a meteoric rise over the course of the last few years. He had a few uneasy performances to kick off his UFC career but after defeating Donald ‘Cowboy’ Cerrone at UFC Gdansk, he was on a rocket ship to the top – with a narrow decision victory over the aforementioned Thompson to secure his spot in the main event picture.

In terms of the odds, the champion Woodley is the 4/5 favourite to retain his belt for the fourth time. The Liverpudlian Till isn’t too far behind, though, with odds of 1/1 to showcase that some pundits wouldn’t necessarily be all too surprised to see him walk away with the strap.

Interim Welterweight Champion Colby Covington was initially expected to be the next man in line to fight Woodley, but after having surgery to fix a nasal issue, Darren Till was given the call with Colby being set to face the winner of this title fight.