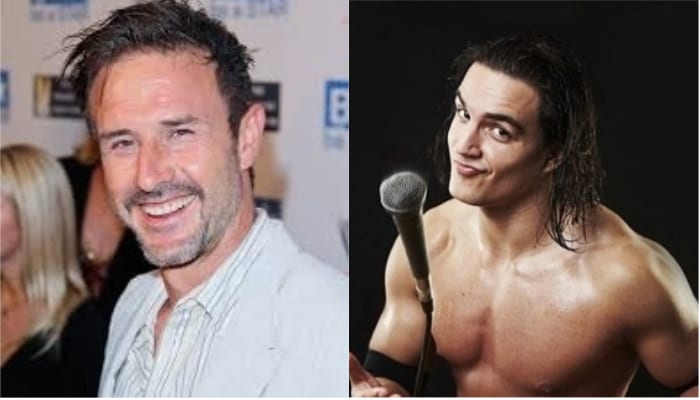 David Arquette made his return to the ring where he was defeated by RJ City, but the Scream star wasn’t a sore loser. In fact, it looks like he’s trying to make amends to RJ, but his opponent isn’t buying it.

RJ City recently tweeted out a picture of himself holding a gift that Arquette allegedly sent him. The gift was a framed photo of Paul Simon because not all gifts have to make complete sense for them to be thoughtful.

Arquette replied wishing his former opponent a happy belated birthday, but RJ City doesn’t sound like he’s willing to talk to David at this point because he simply muted the Ready To Rumble actor.

Perhaps these two will one day find a friendship in the middle of their feud, but until then it’s pretty entertaining to watch from the sidelines.

I was sent this by @DavidArquette.
While I’d like to be touched, I still despise him so I’m gonna assume this is part of some Ponzi scheme for my friendship. pic.twitter.com/p45j5VOpbO