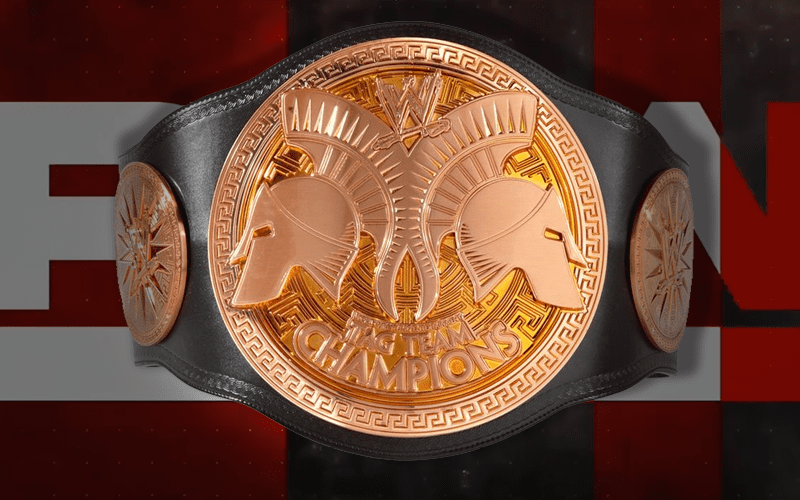 While speaking with Chris Featherstone on Pancakes and Powerslams, Wrestling title belt maker Dave Millican revealed the backstory on the original RAW Tag Team Championship belts that were made out of copper instead of the traditional gold or silver. Millican apparently wasn’t a fan of the copper idea but WWE wanted to try to “re-invent” the wheel and come up with something new.

“The tag team titles, I begged them, please let me make them nickel, let me make them gold, let me make them silver and gold. Just don’t make me do copper. And it just came down from the top that copper is what they wanted, I think in particular, Stephanie McMahon really just wanted to do something different. They want to kind of reinvent the wheel every time, and something that is not used somewhere else, which is understandable.”

“So, when they bottom-lined it for me and said, ‘look, it’s gonna be copper,’ I was like okay, I can do copper. So I did that, thinking at one point in time we’re gonna change these. And man, when they changed them is when the brand split happened, they employed a few other guys… and I didn’t get a chance to make them. I was like, ‘Are you kidding me?’ I begged them, please don’t make me make this copper. Really, kind of all of that stuff started with me and branched out.”