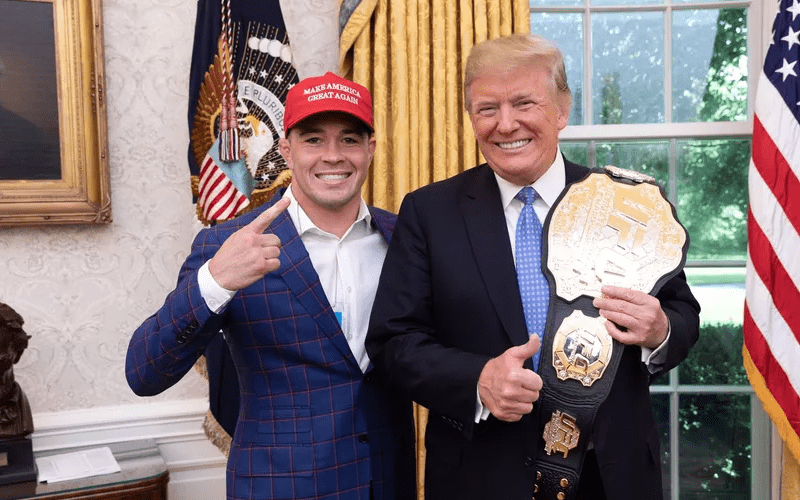 As previously reported, UFC Welterweight Champion Colby Covington recently met with Donald Trump at the White House and presented him with the Welterweight Title.

Covington revealed details of his meeting with Trump on Twitter, which you can read below.

(Thanks to Cassidy of BodySlam.net for passing that along)