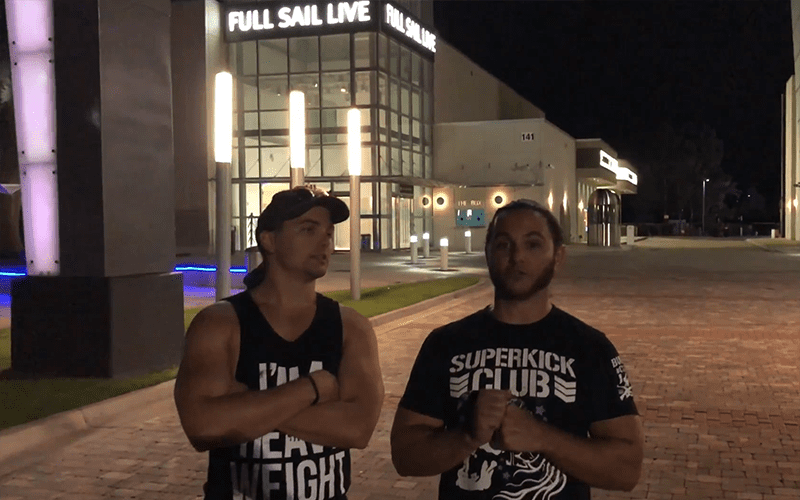 The Young Bucks included footage of the two hanging out at Full Sail University in the latest installment of Being The Elite.

In the clip Matt & Nick Jackson thank Connecticut, New York and Florida, which are all three related to WWE in some fashion.

Full Sail University is the building in which they tape episodes of NXT television and the WWE Performance Center is also located in the area. The two have been rumored to receive big money offers from WWE in the near future.