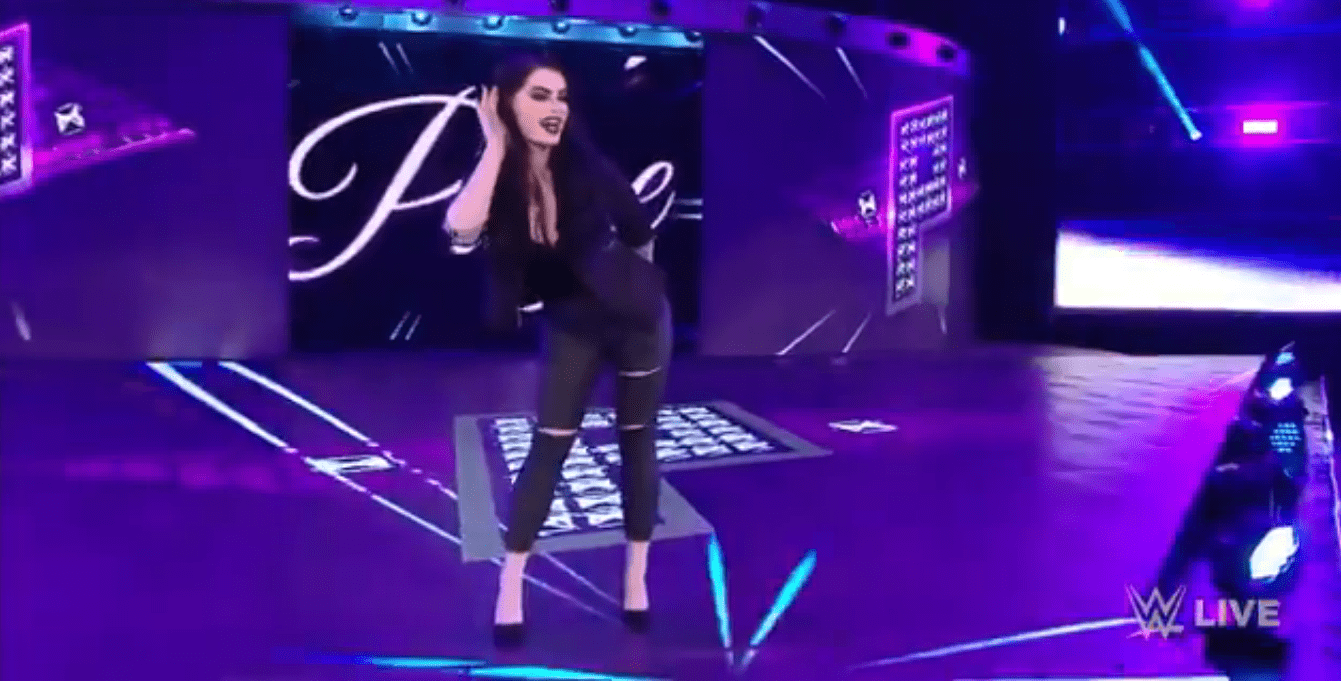 Paige has gone through a rough few years with her injury, drug abuse, and nude photos and videos being leaked online for all to see…not to mention a couple relationships that might not have been the best for her. But through it all, he’s remained strong. Now Paige is enjoying a clothing line, her rock star BF and touring with a metal band, and she’s the GM of SmackDown Live.

Since it’s so great being her, Paige thought she would update fans with a dramatic before and after picture on her Instagram story. As you can see, there is quite a difference between how she looks now and how she looked a year ago, most noticeably in her lack of smile.

She seems happy now and was very happy to talk about her life change. Maybe one day Paige’s neck will heal up but at this point, she’s doing pretty good doing her own thing right now. She said seeing her older pictures is a reminder to stay positive and not let anyone negatively influence you, we can only imagine what she’s talking about because she’s gone through a lot.

She’s still on television, she gets to do what she wants, she can put on a big stomach tattoo if she wants one. Now only time will tell where she’ll pop up next because she’s also modeling for Hot Topic. Good on ya, Paige. 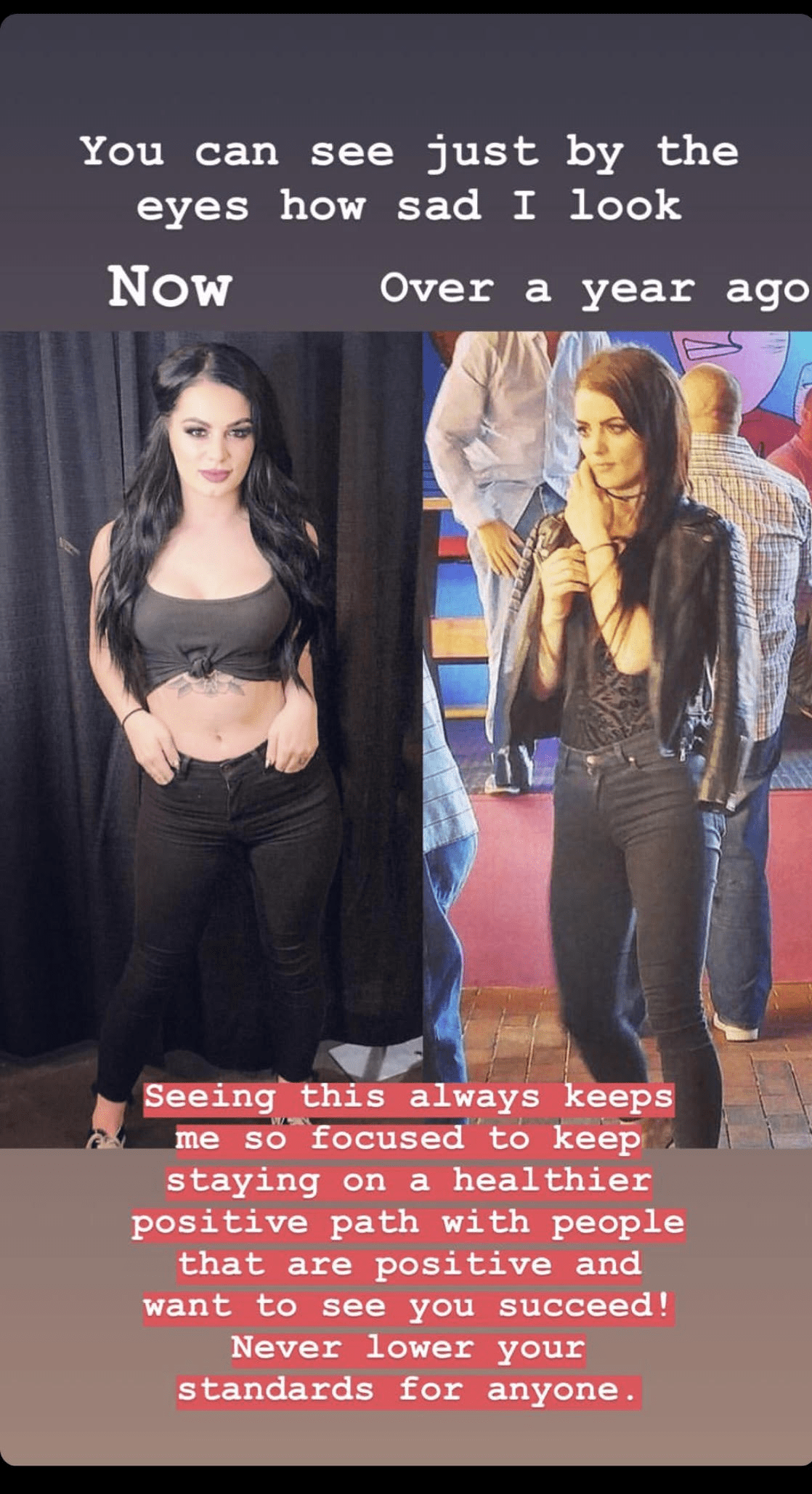