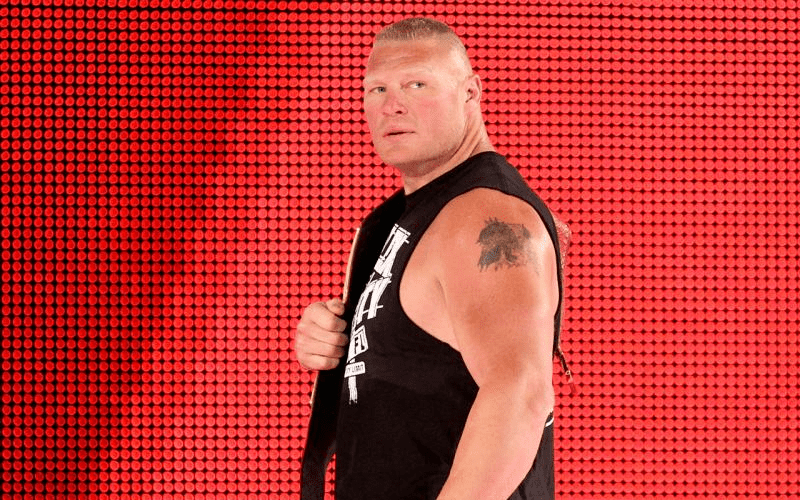 Brock Lesnar signed an extension to his WWE contract following WrestleMania when he pulled off a surprise victory over Roman Reigns to keep his Universal Championship. He retained at the Greatest Royal Rumble too, and has since shown up in UFC to challenge Daniel Cormier.

It was noted on Wrestling Observer Radio that Brock Lesnar could always sign another extension with WWE to put off his UFC fight even more, but Dana White might not be too up for letting him do it.

It was noted that Lesnar is going all in with the USADA testing and has been tested a few times since re-entering the drug testing system, but a new contract hasn’t been signed with either WWE or UFC at this point. But Vince McMahon could certainly want to keep Lesnar around for obvious reasons.

“If Vince wants to keep him and show everyone that, ‘hey I outbid UFC for this guy’ and ‘I screwed UFC out of this championship’ and don’t ever think that Vince isn’t that guy, cause that’s Vince. The idea that that guy went on that big show and did that big angle and he’s not gonna do it, I mean that’s Vince — Vince lives for that stuff.”

“Brock signed a 3 months contract, a 2 fight deal with WWE and it’s due again. I’m sure if Brock has his way he’ll sign another 3-month deal and tell UFC, ‘hey I’m gonna do this again, just a couple more things.’ He very well may lose the championship [at SummerSlam] but if he doesn’t I wouldn’t be surprised.”

You never know what can happen in WWE, especially when big contracts are in play. Let’s just wait and see what Lesnar does next.