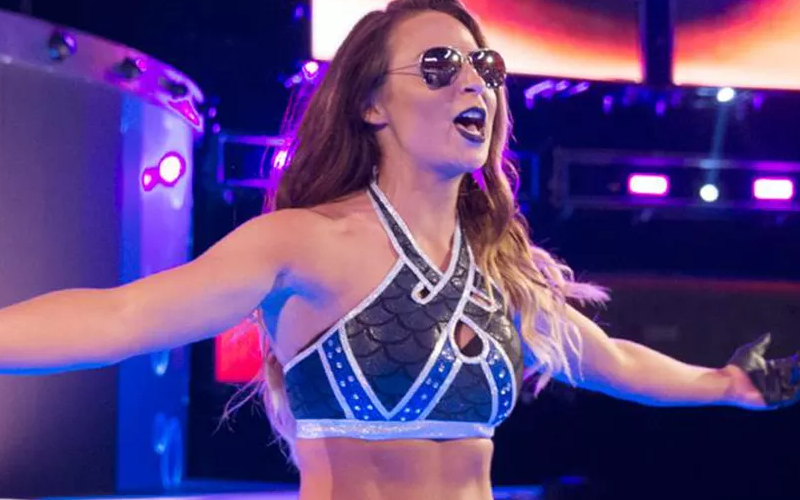 The pro wrestling business is an interesting place because when one of your coworkers is released, it doesn’t mean they’re gone for good. After all, you can never say never in pro wrestling.

Emma was released out of the blue following losing to Asuka in her first two singles matches on the main roster and has been working the indies since. She recently appeared at an event for a signing met a few familiar faces.

Corey Graves and Renee Young were also at the signing. It was actually Renee’s first signing and she was worried nobody would want her autograph, but Graves was sure people would want to meet Mrs. Dean Ambrose. Emmas was also there and her table was actually set up right next to the WWE announcers’ table.

They snapped a picture together and Emma so they could remember Renee’s first signing. It was also cool for Graves and Young to see Emma too, I’m sure. Tenille Dashwood also has some new sunglasses which Graves and Young were happy to model for the picture too.

What do you think of the new models for my exclusive Tenille Dashwood sunglasses line!?
I have them with my merchandise at every show! The sunglasses that is, not @ReneeYoungWWE and @WWEGraves unfortunately! 😎 pic.twitter.com/tqQwQvjuLo