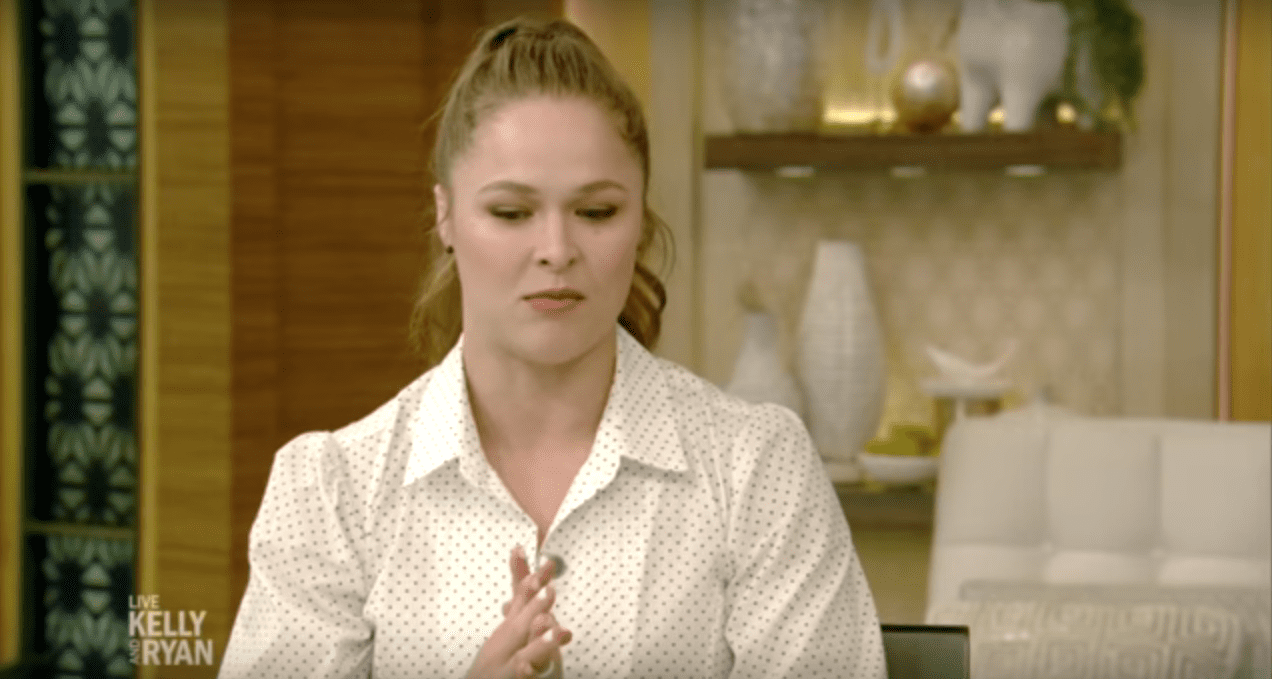 The Rowdy One is steadily preparing for her debut television bout on Monday Night Raw next week against Alicia fox. In the meantime, Rousey recently appeared on the Kelly and Ryan Show where she discusses the new challenges that the WWE has given her in comparison to the MMA world, and compares professional wrestling to being on Broadway.

It’s uniquely challenging. I think it’s just a marriage between fighting and acting really. And it’s like…doing Broadway except for like everyone does their own stunts and everyone kind of makes it up as they go along.

Watch the clip below.