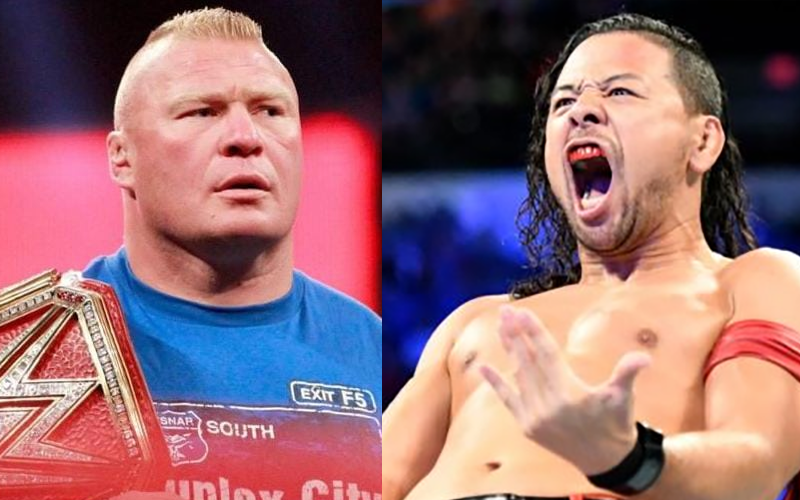 Reddit User Nivvd revealed excerpts from Nakamura’s book ‘The King of Strong Style: 1980-2014’ that mentioned Nakamura had issues with Brock Lensar when he briefly worked for New Japan Pro Wrestling back in 2006.

Nakamura mentioned that he didn’t believe that Lesnar really respected the promotion and he was looking down on the Japanese people.

“Part of that was luck. But that match was seriously rough. First, Lesnar was saying all this stuff about how he respected New Japan, but it felt to me like that was just for show, that he didn’t really respect the promotion. Like, somewhere, he was looking down on Japanese people. I lost the match, and that was the first time I cried at pro wrestling after a match.”

Nakamura recalled crying after the match and felt that Lesnar never had any love for the business and was only doing a job.

“It was the main event at Tokyo Dome. This was a pretty hallowed stage and I knew I hadn’t fought the way I imagined I would. And there was, like, this temperature difference between me and Lesnar. I didn’t get the sense he had any love for pro wrestling. It felt like he was just doing his job.”

Nakamura discussed Lesnar taking the belt and going home with it and not really liking his personality.

“I felt like this was too much; he was seriously scoffing at us. Lesnar won the championship and took the belt home, I told Simon if the company didn’t get it’s shit in order, that belt was definitely going to get nicked. I didn’t honestly believe that when we fought. But it ended up just like I feared. He has the physical stuff, plus a straightforward strength and a certain amount of flexibility, so there was a bit of the monster to him. But I didn’t like his personality, you know? He might have made a real mark in UFC, but he didn’t even seem to notice the audience booing. I was like, ‘Oh, this guy’s a heel to the core.’”