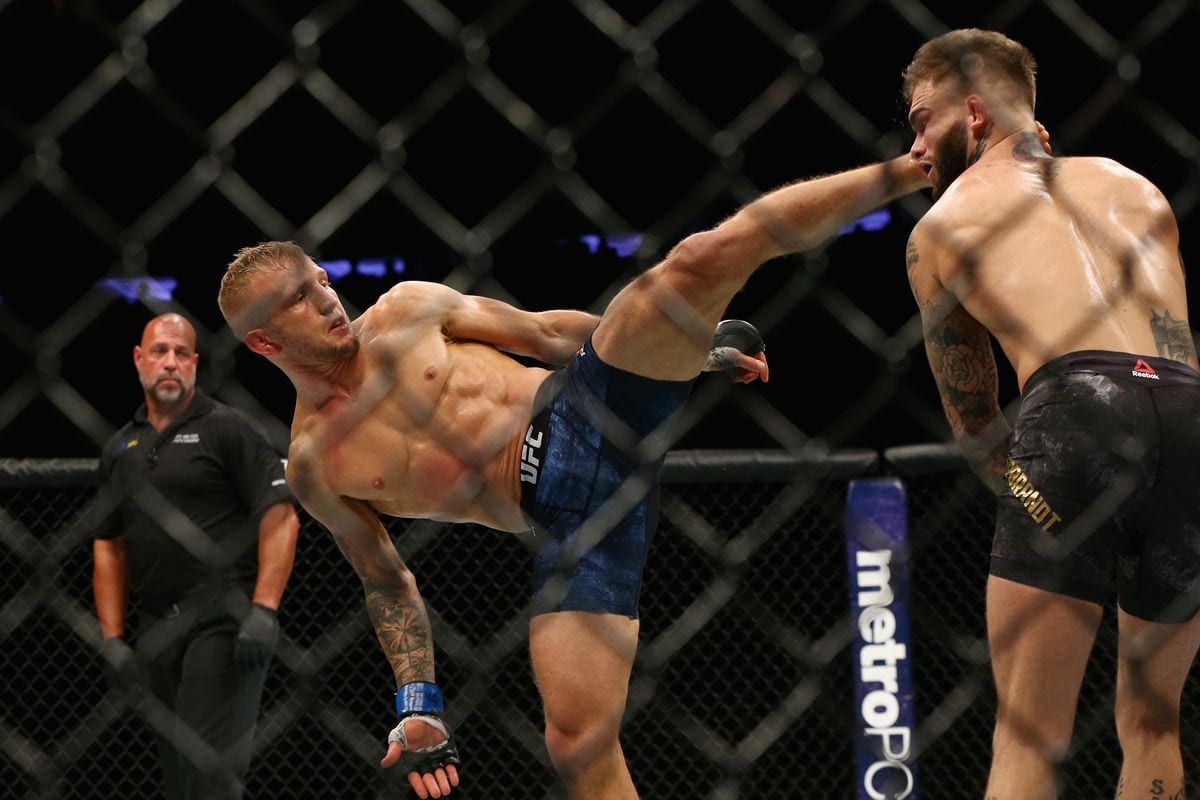 UFC Bantamweight king TJ Dillashaw channeled his inner Nick Diaz as he posted a photo of him executing a spinning side kick, with the caption that reads ‘What ninja shit do you want me to finish him with Saturday?’ in reference to his UFC 227 Title defence against Cody Garbrandt this weekend.

The bad blood between TJ and Cody has been well documented, with the former training rising through the ranks at Team Alpha Male – Cody’s camp –  before choosing to move to Colorado to continue his tutelage under Duane Ludwig.

Their first fight was a see-saw affair, with Garbrandt knocking down Dillashaw at the end of the first round, only to see Dillashaw rally and get the finish in the second.

If the acrimonious atmosphere leading to their rematch is anything to go by, the UFC 227 headliner promises to be yet another barn burner.