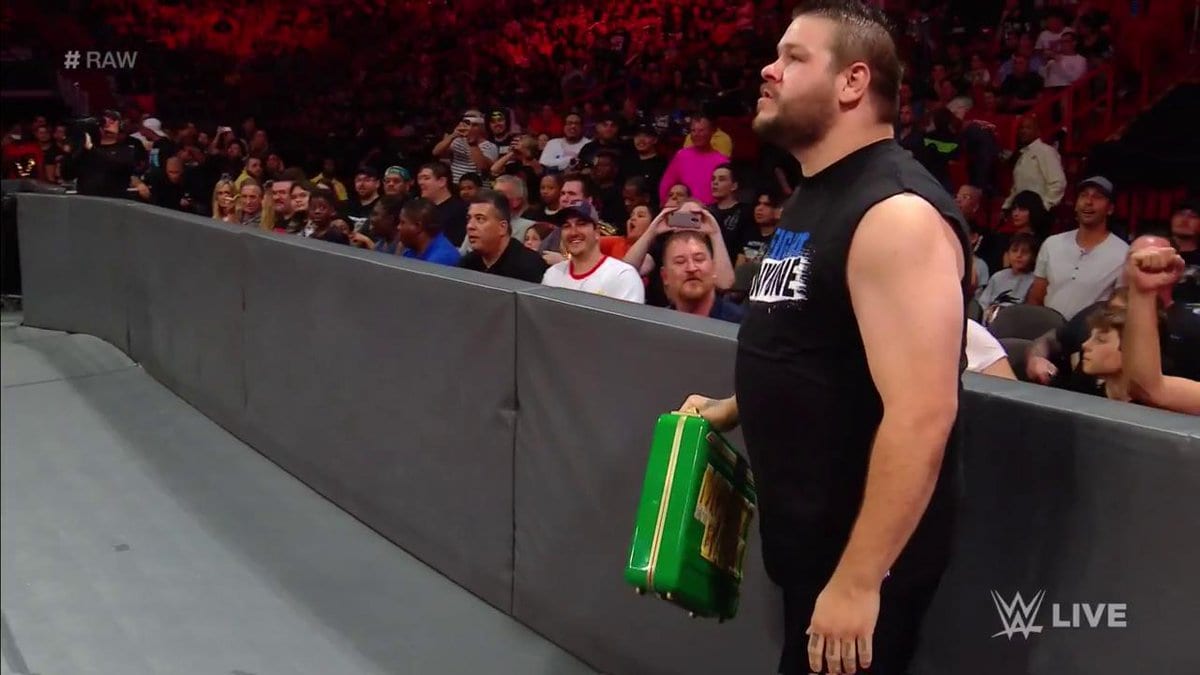 A lot of people were wondering why Brock Lesnar was in the building for Raw and Braun Strowman didn’t cash in his Money In The Bank briefcase..

It was noted on Wrestling Observer Radio that Kevin Owens grabbed Strowman’s briefcase and they had this encounter so it could make it believable that KO could actually beat Strowman at SummerSlam.

If Kevin is able to beat The Monster at SummerSlam, then he will become Mr. MITB. It was noted this is highly unlikely though because it would kill Braun’s momentum and “make him look like a geek.”

Only time will tell, but they have 3 more weeks until SummerSlam, so we’ve got to do something in order to make these storylines interesting until then.