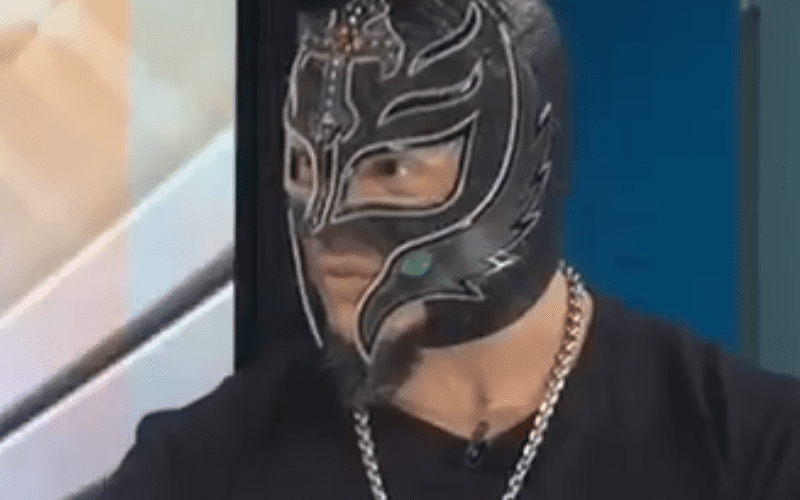 During his days as a WCW talent, Rey Mysterio Jr. wore his mask with pride. At SuperBrawl IX, Mysterio teamed up with tag partner Konnan to face Kevin Nash and Scott Hall in what was billed as a Hair vs. Mask match.

The match did not end up in Mysterio’s favor, as he and Konnan lost. This forced Mysterio to remove his mask. This is a serious matter in Mexican wrestling culture.

Since that time, Mysterio has opened up about his disappointment in regards to being unmasked. In a web chat for Sun Online back in 2008, Mysterio commented on losing his mask:

“I was strongly against it! I don’t think WCW understood what the mask meant to me, to my fans and to my family. It was a very bad move on their behalf. The fans wanted Rey Mysterio with the mask and losing it hurt me a lot. It was also frustrating that it didn’t come as the climax to a feud with another masked wrestler, but in a throwaway match. The same thing happened to Juventud and Psicosis and psychologically wise it was a bad move by Eric Bischoff. I think the fans understand that I was in a position where I had no option – I either had to lose my mask or lose my job.”

Up until signing with WWE in 2002, Mysterio would not wear a mask. At the request of Vince McMahon, Mysterio asked the official lucha libre commission if he could have permission to wear his mask again following outrage of fans in Mexico as it violated traditions. As history has shown, the commission granted Mysterio the ability to don his mask again.

Dave Meltzer was asked on Twitter how Mysterio got permission, considering the tradition being so highly respected. Meltzer had an interesting response.

There's no official reason other than the strict rules of the past aren't strict anymore. https://t.co/onJhxlFBUW

Had McMahon never requested Mysterio don the mask again, it could have changed a lot for Mysterio during his career and raises a lot of speculatory questions about his success, impact and the wrestling fandom as a whole.

Were you aware Mysterio had been unmasked in an official setting in the past? Are you glad he still wears the mask, or feel he doesn’t need it? Sound off in the comments below.