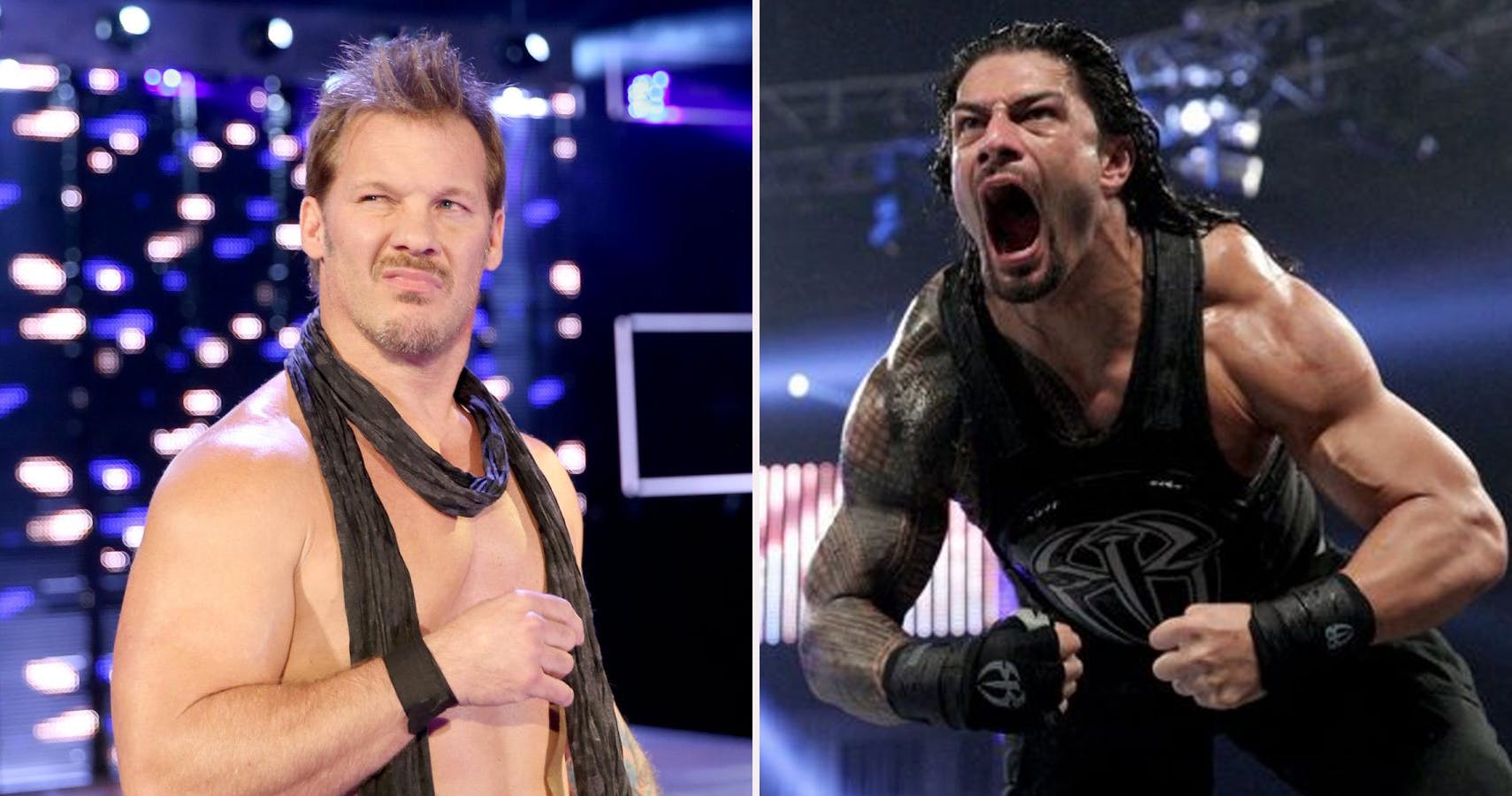 The ayatollah of Rock’N’Rolla and current IWGP Intercontinental Champion Chris Jericho caught up with the legendary J.R. this past week for an episode the Ross Report. While they discussed many topics, Ross and Jericho had a lengthy conversation about the Big Dog Roman Reigns, and the “attempts” that the WWE has made to turn Roman into the biggest babyface superstar of all time while the fans are begging for a heel turn.

Jericho explains why that isn’t really a smart decision, and cites his time working with Roman as an example.

It is [difficult to be a heel nowadays], but, once again, I’ve worked with Roman Reigns in 2017, I don’t know, two dozen times. I had so much fun working with him in every single aspect and I’d say in those two dozen times there were only two or three times where he wasn’t the super over babyface. You just have to know what to do [as a heel]. You have to know how to live in that moment. Just be a piece of s–t, man! It’s really easy to do if you know how to tap into it and Roman is a tremendous worker. He’s fun to work with. So, once again, heel/babyface, all I know is that it’s the proverbial thing where if you show up at the arena, and you look at the card on the wall, and you see, ‘okay, Jericho versus Roman Reigns’, I’m like, ‘okay, I’m done. See you in two hours. Let’s just go out there and have fun.’ You don’t have to sit there. You don’t have to worry. You don’t have to go over a bunch of s–t. You just go in there and just work.

And that’s the same thing as [John] Cena when people were really booing John Cena. I always had good matches with Cena. I always had good matches with Roman Reigns, but whichever side of the coin people want to land as far as how they’re going to react, it’s still going to be great. It’s still going to be a blast. And people are still going to have an awesome time watching those matches, so like I said, I think people get too preoccupied with, ‘oh, turn him heel!’ Okay, turn him heel. Then what happens? Everybody that was booing him starts cheering him, so then he’s a babyface anyways! What difference does it make?

Jericho would then recall how performers usually don’t have any input on how they are or can be booked.

There’s one thing that people have to realize and it’s that you can’t change the booking [as a performer]. Not even I can change the booking. Not even Brock Lesnar can change the booking. If the booking dictates, ‘well, here’s the finish of the match with A, B, C, and D,’ and you think it sucks, it doesn’t matter. Vince [McMahon]’s big quote is, ‘I just book this s–t – you make it work.’ If he books something that’s not good, you’ve got to do your best to make it work and sometimes it doesn’t work and it’s not the talents’ fault. Nobody’s going out there and dictating their own finishes or dictating their own angles and storylines. You can have influence, but at the end of the day, there’s one guy that decides what we all do. And I think sometimes the fans need to relax a little bit and realize, ‘hey, it didn’t work, but those [performers] put on a good show and did the best they could do under the circumstances,’ and give them a round of applause.