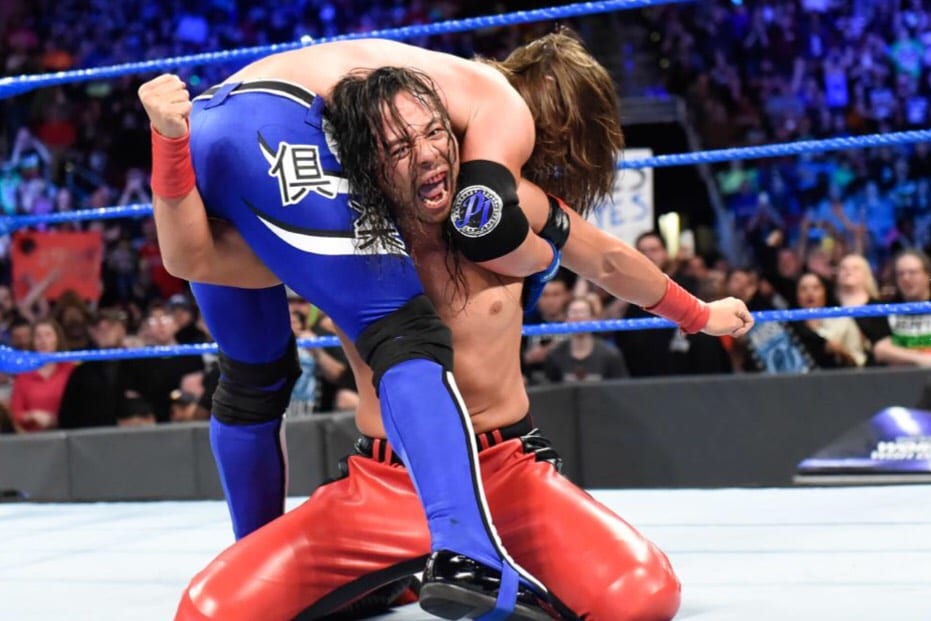 There once was a time when Karl Anderson, Shinsuke Nakamura, and AJ Styles all competed for New Japan Pro Wrestling. Due to this, and their friendship in WWE, they have all become a lot closer.

Anderson and Styles, in particular, have competed in NJPW as members of The Bullet Club and in WWE as The Club alongside Luke Gallows.

In what Anderson claims to be a recreation of the recent rivalry between the WWE Champion in Styles and the challenger in Nakamura, Anderson had his kids act out the rivalry.

His son Cycy took on the part of Styles, while his other son Cruzy took on the role of Nakamura. Check out the tweet below for Anderson’s hilarious photo and reaction.

Cycy Styles @AJStylesOrg gettin caught from behind by Cruzy Nakamura @ShinsukeN with an #Unbrotherly low blow ..
Cruzy Nakamura with a #TooSweet too?! 😂😂 pic.twitter.com/HIfbexzs06

What are your thoughts on the image? Did you enjoy the WWE rivalry between Styles and Nakamura? Sound off in the comments below.