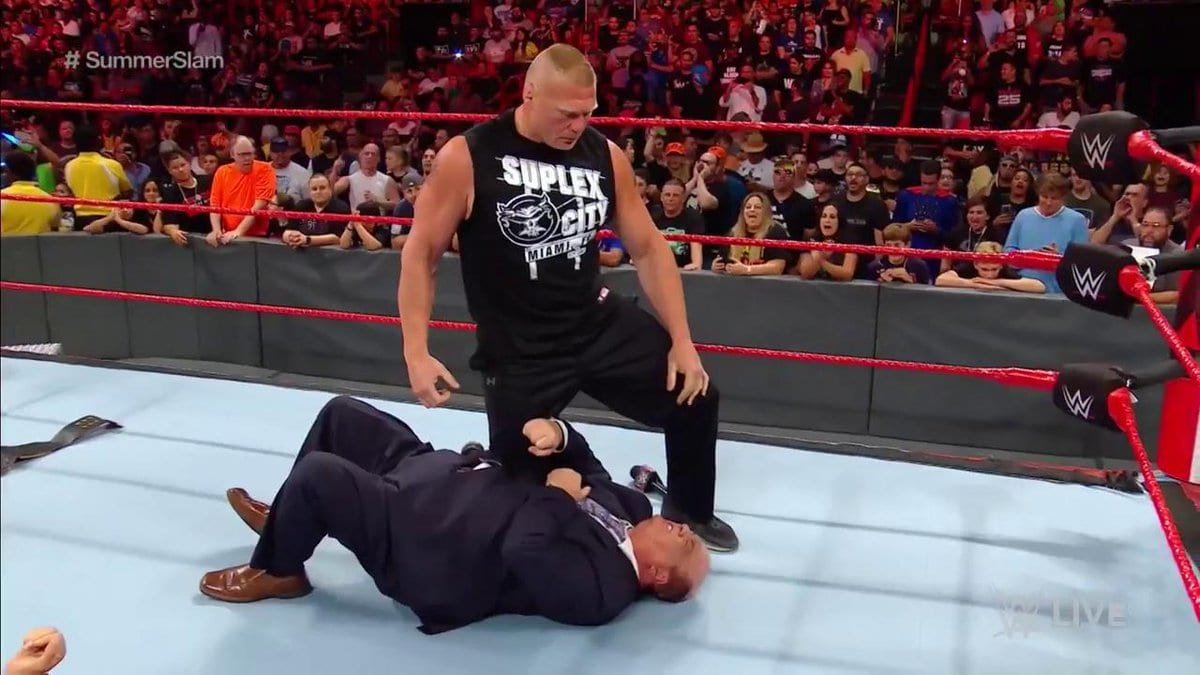 Paul Heyman was told that if he didn’t produce Brock Lesnar on Raw, then he would lose his job. Instead, Lesnar decided to stay in the back and read a magazine while he ate steak or whatever he was doing.

Raw GM Kurt Angle was not happy about Lesnar. He said Lesnar is the worst Universal Champion of all time and Heyman agreed with him. Lesnar had previously gone full-heel in the night and got in Heyman’s face telling him to go on without him.

Heyman tried to kiss up to Angle by saying he tried to mold Lesnar in Angle’s image, but it didn’t work. Because Brock Lesnar still didn’t come out.

Angle said Heyman was full of crap and Heyman begged Angle to punish Lesnar instead. Heyman said Lesnar doesn’t respect anybody, but Heyman does respect Angle and the fans. That didn’t work either and then Angle fired Paul Heyman on live television.

Heyman begged and then Lesnar finally came out and blew the roof off the building. He asked Angle if the Olympian had a problem with him and then he sent Angle for a ride he hasn’t been on in a long time with an F5.

Brock grabbed Heyman’s face and pushed him to the mat. Heyman said Lesnar was hurting the advocate, but Lesnar wanted to make a point.

Then Lesnar left with the Universal Championship while the crowd chanted, “we want Roman.”