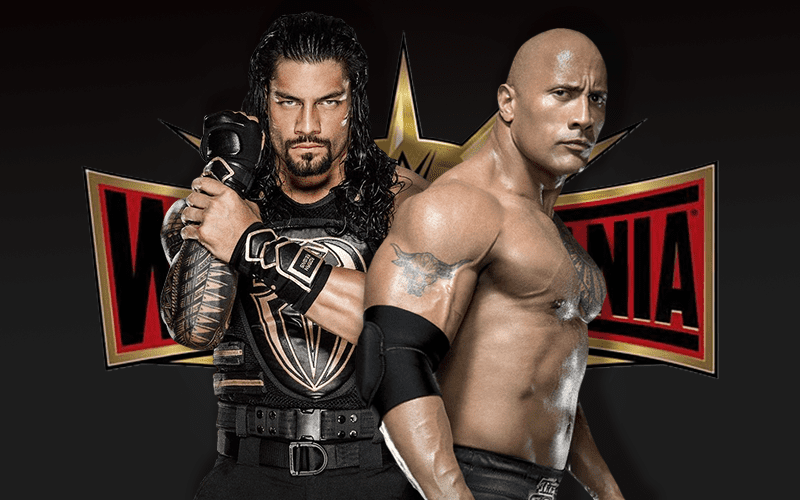 The Rock is interested in working WrestleMania. It might sound like a long-shot but if he can make it work then that’s what he’s going to do. After all, WWE isn’t going to tell him that they don’t need The Great One.

It was noted that Roman has known The Rock for as long as he’s been alive and Dwayne Johnson has known Reigns since birth. Therefore Dave Meltzer reasoned how this match could make perfect sense on Wrestling Observer Radio.

“The idea being to share the ring at WrestleMania in front of — this Newark WrestleMania too so it’s a legitimate 80,000 people. Not that the difference between 60 and 75,000 means anything but it’s still bigger being a New York WrestleMania. So you know, knowing his mentality and stuff I can see that I feel that could be something to appeal to him you know.”

“I’m not saying they’re going to do it, I have not heard anything from the company saying that but when that match was thrown at me I started thinking it makes sense from every perspective.”

It was noted that people might want Roman to fail, but WWE won’t let him at this point and there’s enough money there so that won’t change.