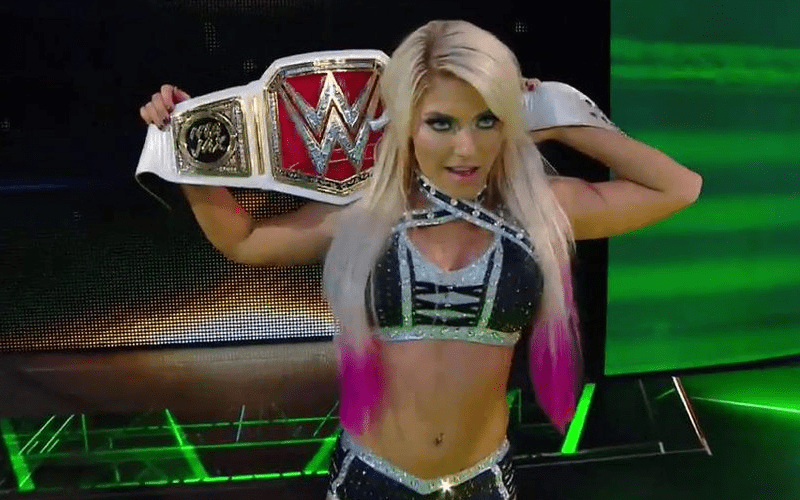 Alexa Bliss made headlines when she became Ms. Money In The Bank. During that same night, Bliss cashed her contract in, pinning Nia Jax to win back the RAW Women’s Championship. With that in the past, Bliss looks to reveal what her biggest concern was with the match.

Speaking to the Cheap Seats podcast, Bliss revealed that being able to actually reach the briefcase- given her height – was her biggest concern during the night.

“That has to definitely be up there at the time. Winning your first title – nothing can ever get in the way of that, but that was definitely up there. Perhaps at number two.

“Two victories in one night is something that hasn’t happened to me before. So that definitely has to be very top. I was so nervous too because I wasn’t sure that I would have been able to reach the briefcase. That was my biggest concern.”

Additionally, Bliss acknowledged that if she were afraid of heights, she would never have done the match.

“Um, I’m not afraid of heights, but if I was I wouldn’t be able to do it. It is so high up there. The thing is, you have the ladder, which is twelve to fourteen feet when you are standing on it. Plus, when you look down there are three feet from the bottom of the ring up into the ground. So you are that much higher.”

Bliss is scheduled to defend her RAW Women’s Championship at SummerSlam against Ronda Rousey.

Do you feel as though you’d be afraid if you were in a match such as that? Who walks out of SummerSlam victorious? Sound off in the comments below.